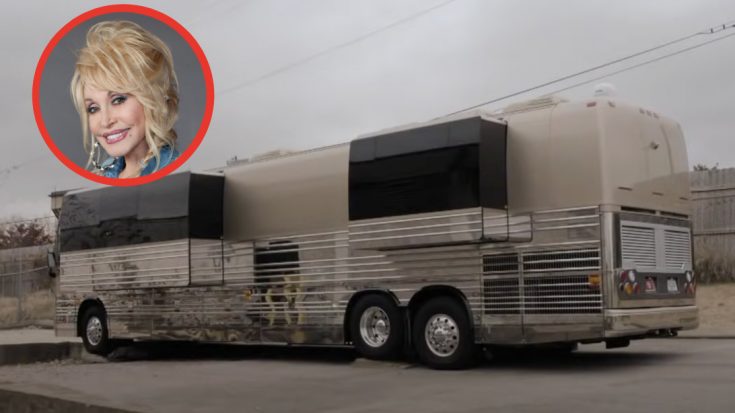 Dolly Parton knows how to travel in style! The “Jolene” singer’s favorite mode of travel is via tour bus, a classy home away from home.

A 1994 custom-built Prevost bus, known as the Gypsy Wagon, served as Dolly’s bus for more than a decade and accumulated more than 600,000 miles as the singer traveled the country.

Dolly replaced the original Gypsy Wagon with a newer version that cost $2.7 million in 2009. In early 2022, Dolly’s 1994 bus was put on display at Dollywood so fans can get a glimpse of the singer’s life on the road. After Dollywood’s DreamMore Resort and Spa took possession of the tour bus, they created the Suite 1986 Tour Bus Experience, an opportunity for fans to see how Dolly lived on the road up close and personal.

In 2010, Dolly gave Oprah a tour of the new bus that has all of the bells and whistles one would expect from Dolly. While many of the features of Dolly Parton’s bus are similar to those of other stars who prefer to drive rather than fly, one feature is unique to Dolly herself…a wig closet. Parton gave Oprah a peek at the custom cabinet that houses her famous wigs while she’s on the road. Hidden behind two mirrored doors, the wigs sit atop mannequin heads, perfectly styled and ready for the singer to wear.

Other one-of-a-kind features include hand-painted murals that adorn the walls of the bus, and jewel-toned fabrics and decorations that Dolly herself requested.

In 2011, during an episode of Dolly Parton Tour TV, Dolly explained why it was important to her to have a tour bus where she could be comfortable.

“I love my tour bus. I don’t care to fly. I don’t enjoy flying. I’m not afraid of dying as much as I’m just afraid to fly. I don’t like to be cooped up. I just want to get out,” Dolly said.

“I have homes all over the United States, but my favorite place is the bus because that way I can just feel those wheels rolling; I’m a true gypsy at heart,” the singer’s website reads.

Watch Dolly Parton’s bus tour with Oprah Winfrey HERE. Hear Dolly talk about her tour bus and why she loves it in the video below.