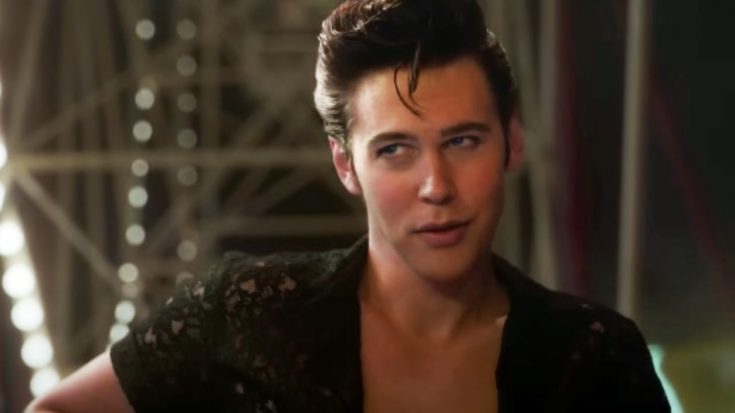 Elvis’ ex-wife, Priscilla Presley, and their daughter, Lisa Marie Presley, have both been vocal supporters of the film. Lisa Marie gushed about Austin’s portrayal of her father, saying:

“Let me tell you that it is nothing short of spectacular. Absolutely exquisite. Austin Butler channeled and embodied my father’s heart and soul beautifully. In my humble opinion, his performance is unprecedented and FINALLY done accurately and respectfully.”

But as is the case with any movie (even a biopic) Elvis took a few creative liberties with the telling of Elvis’ story. So exactly how accurate is the film? How does it differ from what actually happened in Elvis’ life? Keep reading to find out…

That is, unless you haven’t seen the movie yet. There are SPOILERS below for major plot points in the film!

Alanna Nash is the author of multiple books about Elvis. Alanna spoke with USA Today about a few moments in the Elvis movie and explained if those events were truthfully depicted.

For example, early scenes in the film show Elvis hanging out with B.B. King. They seem quite friendly in the movie, but in real life, the two artists were merely acquaintances.

“Elvis and B.B. were acquaintances, but not close friends. They probably first crossed paths at Sun Studio, but only briefly,” Alanna said.

After Elvis generated controversy for the way he moved on stage, the film shows Colonel Parker wanting to send him off with the Army to avoid further scandal. But in real life, Alanna said Colonel Parker was actually “thrilled” that Elvis was generating a buzz, even if the press was negative.

Elvis was drafted into the Army. Alanna said Colonel Parker did speak with the Pentagon to make sure Elvis was a regular soldier rather than being part of the entertainment corps:

“He negotiated it as a PR move to make him appear to be the all-American boy,” Alanna explained.

Later in the movie, we see Elvis being deeply affected by the death of Robert Kennedy. Elvis was actively filming his famous ’68 Comeback Special at this moment in the movie.

Alanna said while these two events were closely connected in real life, Elvis was not filming the Comeback Special when Robert Kennedy was killed…but he was in rehearsals:

“Elvis arrived for the start of two weeks of rehearsals on June 3, 1968, and Kennedy was shot on June 5, dying the next morning, June 6,” Alanna said. “The assassination put Elvis into an emotional spiral.“

In the last third of the film, we see Elvis take to the stage in Las Vegas. Colonel Parker ends up arranging for Elvis to have a longstanding residency at the International Hotel so he can pay off his gambling debts.

Did this really happen?

Alanna said the connection between Elvis’ residency and Colonel Parker’s debts wasn’t as obvious as the movie depicts. But Alanna did say that former International executive Alex Shoofey claimed Colonel Parker “was said to be worth $1 million a year to the International because of his gambling.”

Tom Hanks talks about his role as Colonel Parker in the upcoming feature film on Elvis Presley to be released in 2021.
Click here for the latest #ElvisBiopic movie updates and see video: https://t.co/x6blZdXnov pic.twitter.com/pd95NgKUZ6

Speaking of Vegas, there’s a dramatic scene in the movie when Elvis calls out Colonel Parker on stage and fires him after learning about his many lies. But Alanna says this moment never actually happened in real life.

“No, he never would have done that,” Alanna said.

Alanna also explained that the real Elvis did not know about Colonel Parker’s immigration problems. She said Elvis died never knowing the truth about who his manager was.

At the end of the movie, we see Priscilla get in the car with Elvis and beg him to go to rehab. She tells him she has everything arranged for him to go.

But Priscilla never made such arrangements in real life. Though she did check up on Elvis now and then to see how he was:

“She says in her book ‘Elvis and Me’ that she would occasionally hear that he had checked into the hospital, and that she would then call to see if he was all right,” Alanna said.

Those are just a few moments from the Elvis movie in comparison to real-life events. Longtime Elvis fans…did you catch any of these differences when you watched the film?