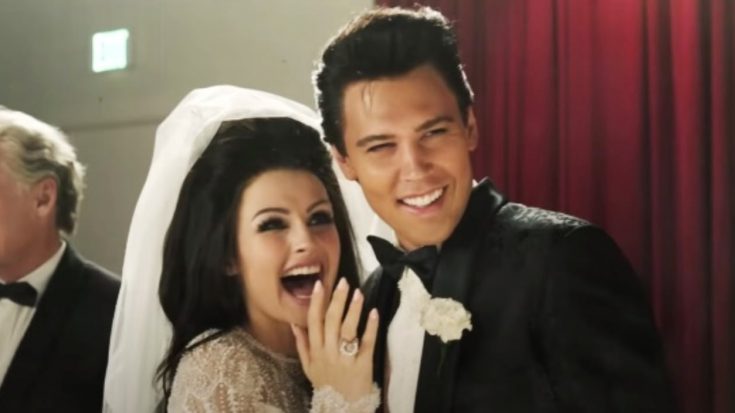 Baz Luhrmann’s Elvis movie was finally released on Friday (June 24). It was competing against the year’s biggest blockbuster so far, Top Gun: Maverick.

Although the Top Gun sequel was released on May 27, it has held strong as the #1 movie in the nation. But now, there’s a new “King” at the box office.

Early numbers from Elvis‘ opening weekend showed that the film was neck and neck with Top Gun: Maverick in terms of earnings. Once the final numbers were calculated, Elvis came out on top.

Although Elvis reigned supreme as the #1 movie at the box office, Top Gun: Maverick‘s weekend numbers are notable. With those earnings factored in, the film has now surpassed $1 billion in earnings globally.

When Priscilla Presley heard that Elvis is the #1 movie in the nation, she had an emotional response. Elvis‘ ex-wife has been an enthusiastic supporter of the film.

“CONGRATULATIONS, BAZ, CM, AUSTIN, TOM HANKS, OLIVIA, CAST and CREW! ELVIS hit number ONE over Top Gun Maverick!!!!” Priscilla wrote in a post on Facebook. “I’m all tears with happiness. ELVIS is BACK!!!!!!“

You can catch the trailer for Elvis below. Did you get the chance to see the movie during its opening weekend?