Dolly Parton Shares Some Of Her Mama’s Best Advice 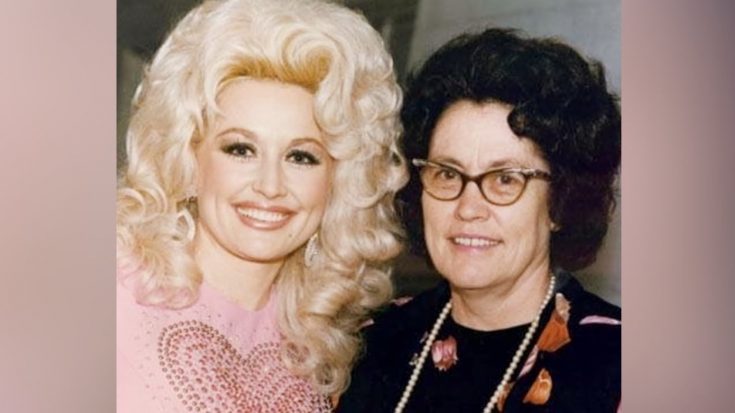 Dolly Parton is an accomplished businesswoman. Beyond her career as a singer, songwriter, and actress, Parton is an author, has her own line of products with Williams-Sonoma, and has her namesake Dollywood theme park in Pigeon Forge, Tennessee.

At age 76, Parton shows no signs of slowing down. She just released a new album and an accompanying novel, both titled Run, Rose, Run. Parton also just finished co-hosting the ACM Awards with Gabby Barrett and Jimmie Allen on March 7.

While Dolly is undeniably successful on her own, she gives someone else credit for helping her maintain that success. That someone is her mama, Avie Lee.

As a guest on Apple Music Country’s “The Kelleigh Bannen Show,” Dolly shared some of the best advice her mama ever gave her. That advice was, “Always keep something back for you.”

This six-word piece of advice is what Dolly credits for helping her maintain a successful career across multiple decades. She explained how she put her mama’s advice into practice:

“You can give what you’ve got, but don’t give it all away,” she said. “I pray also that God will, you know, give me enough to share and enough to spare when it comes to my money, but also to myself. Let me share everything I can, but let me keep me.”

Dolly’s mama inspired her in more ways than one. Her beloved song “Coat of Many Colors” was based on a coat Avie Lee made for her out of a bunch of rags. Dolly continues to honor her mother every time she sings that song.

Avie Lee passed away in 2003, but her legacy lives on. We’re sure she’d be incredibly proud of Dolly and everything she has accomplished in just the past 19 years alone.