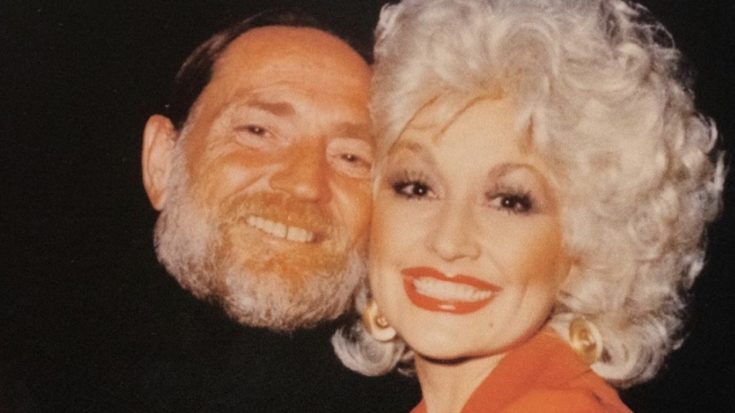 In 1963, Willie Nelson wrote a song called “Pretty Paper” and pitched it to Roy Orbison, who released it and made it a massive hit. Nelson recorded his own version one year later and again in 1979.

The song tells the story of a street vendor who sold pencils and paper on the street during the holidays. Nelson was inspired to write the tune when he saw a man with amputated legs in Fort Worth, Texas selling paper and pencils. The man yelled, “Pretty paper! Pretty paper!” to get the attention of people on the street.

In August, Dolly Parton announced she would be releasing her first Christmas album in 30 years, which is appropriately titled A Holly Dolly Christmas. In a post announcing the album, which dropped on October 2, Parton revealed a few of the people who will be joining her, including Miley Cyrus, Willie Nelson, Michael Bublé, Jimmy Fallon, and Billy Ray Cyrus.

Leading up to the album’s release, Parton shared her excitement for having her “lifelong” friend on the album with her.

A lifelong friendship ❤️ So excited to have @willienelsonofficial on #AHollyDollyChristmas!

Their duet, to “Pretty Paper,” is definitely a highlight of the album, which includes  Christmas classics sprinkled in with brand-new originals. Parton and Nelson’s voices together are timeless and a nice reminder that classic country is still around!

Take a listen to their duet below.