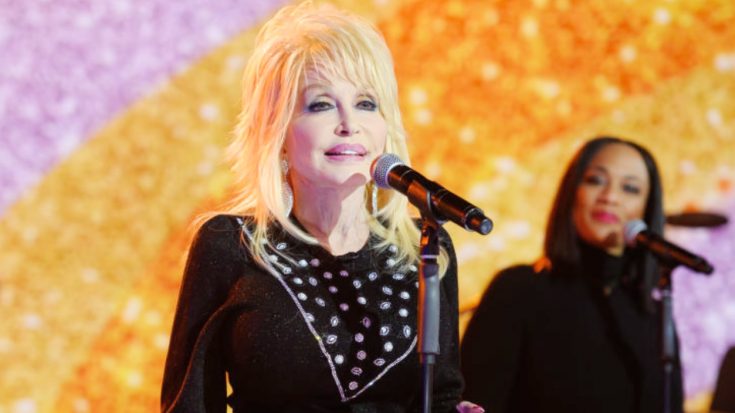 Growing up in a tiny Tennessee cabin, Dolly Parton and her 11 brothers and sisters were all close as children. And not just because of the crammed quarters.

Dolly offered a little insight into what the dynamic was like between her and her siblings through the release of two made-for-television films about her childhood: Coat of Many Colors and Christmas of Many Colors: Circle of Love.

Tonight's festive movie is from @DollyParton I loved Coat of Many Colors, and fully expect to love this Christmas movie too ? pic.twitter.com/xv7D5z37bT

In those films, you see that the Partons always put family first, and did everything together. Because of this, many of the siblings grew up to have the same shared passion in music.

Dolly’s Brother Wrote Songs For Her

Few people know this, but Dolly isn’t the only member of her family with a musical career. Many of her siblings went on to become successful singers, musicians, and songwriters as well, including her baby brother Floyd.

Floyd even worked with Dolly through the years, joining her to co-write the song “Nickels and Dimes” and solely penning her chart-topping duet with Ricky Van Shelton, “Rockin’ Years.”

Sadly, on December 6, Floyd passed away at the age of 61. His obituary describes him as “a renaissance man…a man of many talents and areas of knowledge. He was an avid outdoorsman and had an abundant knowledge of nature as well as being an incredible cook.”

His many brothers and sisters, nieces, nephews, great-nieces, and great-nephews were listed as his survivors.

Dolly took some time to grieve with her family before she spoke publicly about Floyd’s passing. Finally, she broke her silence to release a statement about his death, and also shared some details about his funeral.

The emotional statement was shared to Dolly’s social media accounts on her and her family’s behalf. It opened by thanking everyone for the kindness they expressed after they learned the sad news about Floyd.

It then went on to read that Floyd was laid to rest on Monday (December 10). In emotional detail, the statement described what took place at his funeral.

“We all sang his lovely song ‘Rocking Years’ together as a family at the service to say goodbye to him,” the statement read.

If you’d like to do something to remember Floyd, the statement reads that you may make a donation in his honor to the My People Senior Activity Center in Sevierville, Tennessee.

Our hearts break for Dolly and her family as they mourn the loss of their dear brother Floyd. You can cherish his talent by enjoying another one of the songs he wrote in the clip below.

May Floyd rest in peace.