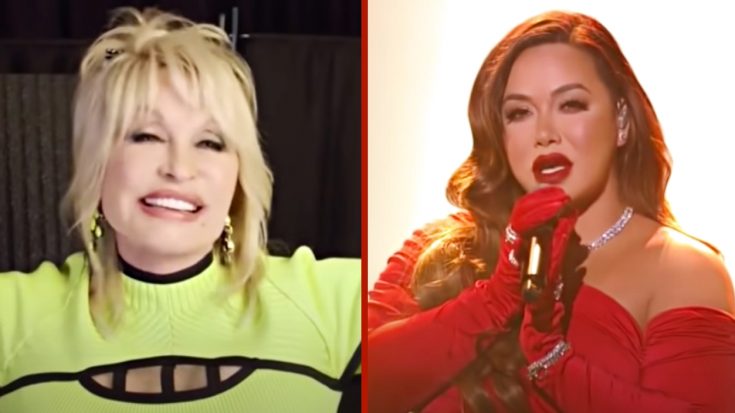 Dolly Parton made a special virtual appearance at the Latin Grammy Awards to help celebrate women in music.

On Twitter, Parton opened up about the performance. She shared with fans that she enjoyed hearing “Jolene” set to a Latin Cumbia rhythm. Dolly also expressed how grateful she was to perform with Rivera during such a “special” night. Dolly wrote:

“Hearing #Jolene done in a Latin Cumbia rhythm and getting to sing to the beat was so much fun for me. I am so proud of @Chiquis626 and was honored to be part of this special @LatinGRAMMYs program last Sunday.”

Rivera also commented on the big performance. In response to Dolly’s remarks on Twitter, Rivera reached out to thank the country star.

“Thank you,” Rivera wrote in an emoji-filled Tweet. “Such an honor to be able to sing with you one of your songs. Big hugs.”

Thank you ?? such an honor to be able to sing with you one of your songs ??? Big hugs❤️ https://t.co/Oo0rQ2kbnK

Watch the full performance in the video below.