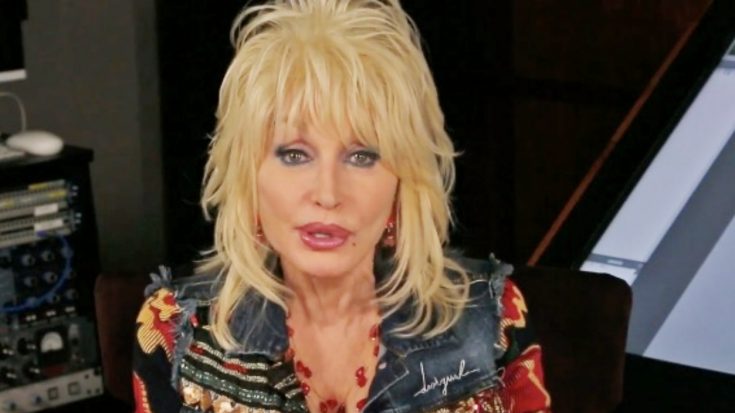 Dolly Parton and her husband of over 50 years, Carl Dean, never had any children. But not because they didn’t want to.

While speaking with The Guardian in 2014, Dolly said she and Carl talked about having kids shortly after they got married. They even had a name picked out for a baby girl.

“If we’d had a girl, she was gonna be called Carla…Anyway, we talked about it, and we dreamed it, but it wasn’t meant to be,” Dolly said.

She echoed these sentiments during a 2017 interview with TODAY. “God has a plan for everything,” she said. “I think it probably was his plan for me not to have kids so everybody’s kids could be mine. And they are now.”

So why is it that Dolly and Carl never ended up having kids?

Dolly underwent a partial hysterectomy in 1984. As a result, she was unable to have any children.

Looking back, Dolly told The Guardian she is “glad” she and Carl never had kids. But she also told the publication she still can’t help but think about what she would have been like as a mom.

“I would have been a great mother, I think,” she said.

“I would probably have given up everything else,” she said. “Because I would’ve felt guilty about that, if I’d have left them [to work, to tour]. Everything would have changed. I probably wouldn’t have been a star.”

Even though Dolly never had children of her own, she has spent a large part of her life doing everything she can to help kids around the world. Her Imagination Library provides free books to school-age children, families with young kids love visiting her Dollywood theme park, and she released an album of children’s music in 2017 called I Believe in You.

One of the tracks on the album was a reworked version of her beloved tune “Coat of Many Colors.” Give it a listen below.

Based on how much Dolly loves kids, we have no doubt she would have been a wonderful mother.