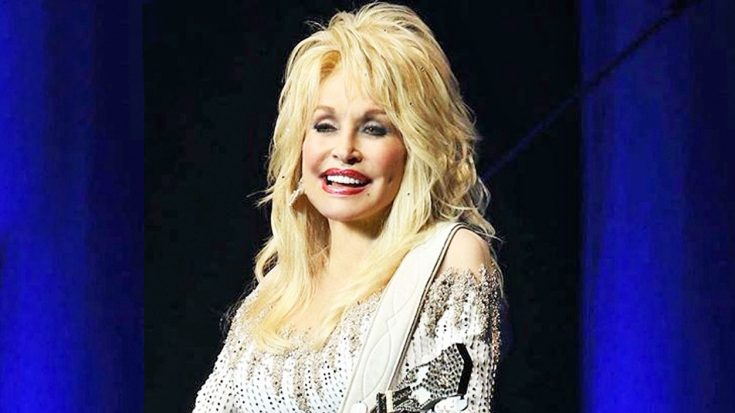 With a 60-year career under her belt and a heavy travel itinerary, one thing has always remained true for Dolly Parton: there is no place like home. For decades, the blonde beauty has been giving back to her home community in the most humble fashion.

Parton was born in a very small community in Sevier County in the Great Smoky Mountains called Pittman Center, Tennessee. After spending her entire young life there, she graduated high school in 1964 and packed her bags for Nashville. It wasn’t long before Dolly Parton became a household name and her riches piled up – but Parton never lost her home roots.

TBT! Little Dolly… back in my real pure & simple days!

Since the mid-1980s, the “9 to 5” singer has put her hard work toward a series of good causes. Of course, the opening of her theme park Dollywood brought a whirlwind of fans and guests to her hometown helping to raise money around the area and providing jobs. Shortly after the park’s big debut, Parton created the Dollywood Foundation which offered scholarships to local high schoolers. In 1995 it grew into the Imagination Library, which distributes free books to children monthly until the age of 5.

I always loved reading growing up. What was your favorite book as a child?

The most recent addition to the foundation was Parton’s creation of the My People Fund which started in 2016. After a series of wildfires ripped through Tennessee, Parton wanted to help in any way she could. The fund went on to provide six months of financial support to families whose homes were destroyed by the fires. The musical icon even hosted a telethon, Smoky Mountains Rise: A benefit for the My People Fund, which featured several country stars that helped raise more money for the victims.

With the original goal to give the families $1000, the fundraiser raised so much money they were able to grant the recipients a surprising $5000 instead.

Now, country music’s favorite blonde is back for more. Headed back to her hometown of Sevier County, Parton just gave eight volunteer fire departments each $20,000. On top of that generous donation, she also gave $40,000 to an area training center ringing in the total at $200,000.

With the money being raised through the My People Fund, Dolly explained,

“It is only fitting that the last of the My People Fund will go to those who were the first to respond to the fires.”

She has a heart of gold! Gotta love a beautiful Dolly moment.