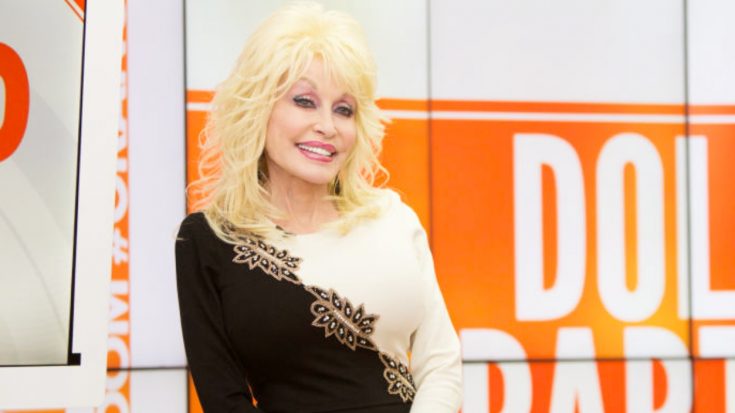 The Well-Awarded Career Of Dolly Parton

At this point in her career Dolly Parton has more awards and accolades than she could ever begin to count. She has nine Grammy Awards, is one of only seven female artists to ever win Entertainer of the Year at the CMA Awards, is in the Country Music Hall of Fame, and has even been nominated for two Academy Awards.

With so many trophies on her shelf, you would think there isn’t a single honor out there that Parton hasn’t earned yet. Well, it turns out there was one major award that has so far, been out of reach for the country music phenomenon.

In fact, this particular award has not only escaped Parton, but all country artists. In its 29-year history, not one country star has ever been bestowed with this prestigious and well-respected honor. So what is it?

Every year since 1991, the Recording Academy (the force behind the Grammy Awards), has named an artist as the recipient of its MusiCares Person of the Year Award. While this award makes note of artists’ musical accomplishments, its main purpose is to recognize their charitable efforts.

The MusiCares Person of the Year is honored at an annual gala that takes place before the Grammy Awards in February of each year. Proceeds from the gala go to the MusicCares Foundation, which serves as an emergency fund of sort for singers and musicians in times of need.

Over the years, artists such as Elton John, Aretha Franklin, and most recently, Fleetwood Mac, have been honored with the award. But all of these years have passed, and yet not a single country artist has ever been named as the MusiCares Person of the Year. Well, that is, until now.

It was recently announced that after nearly three decades, the first-ever country artist would be receiving the MusiCares Person of the Year Award. That person is none other than Parton.

In addition to being recognized for her numerous accomplishments as a singer, musician, songwriter, and actress, Parton is being granted with this award because of her devotion to charitable causes. The most notable of these causes is her Imagination Library, an organization which provides school-age children with free books so they can learn how to read.

Parton will be given the award during the annual MusiCares gala, which will take place in February 2019. In the meantime, she is forever grateful to be recognized with such a high honor:

“I am so excited and humbled to be honored as MusiCares Person of the Year,” Parton said in a statement. “It’s even more special knowing the gala benefits music people in need. I can’t wait to hear all of the great artists singing my music.”

After many decades, Parton is the first country artist who can finally say that she is a MusiCares Person of the Year! Hopefully this opens the door for many more country stars to follow in her footsteps.

If you’d like to learn more about Parton’s philanthropy, be sure to check out the video below. It will teach you all about her main charitable cause, the Imagination Library.