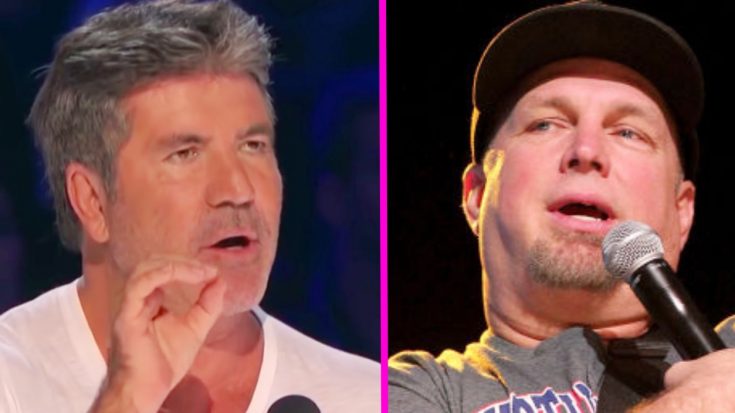 Simon Cowell is a man who needs no introduction. The former American Idol and current America’s Got Talent judge is known worldwide for his brash attitude and way of addressing contestants on both shows.

But every now and then, we’ve had the chance to see Cowell’s softer side. It’s a side that always seems to show whenever he watches current AGT contestant Michael Ketterer perform.

Cowell showed a liking for Ketterer from the start, and made the father of six his golden buzzer pick. He continued to express admiration for Ketterer’s talents, and even broke down in tears after watching him sing “Us” by James Bay during the quarterfinals.

Ketterer has clearly won over more people than Cowell. He is now a semifinalist in the competition, and seems poised to become a finalist after issuing an emotional performance of Miley Cyrus‘ “When I Look at You.”

To no surprise, Cowell is hopeful that Ketterer moves on to the finals. That’s something he expressed when speaking to him after his performance, but he did so in an unexpected way.

Rather than straight up telling Ketterer he should be a finalist, Cowell made a passionate and unexpected plea to one of country music’s brightest stars…Garth Brooks. Calling on Brooks, Cowell begged the superstar for help:

“I have to tell you. I’m going to send a shout out to somebody right now, and that person is Garth Brooks.” Cowell said. “Garth, if you’re watching the show, please write Michael a song for the final if he makes it into the final. I just have this feeling, you two having a connection. I hope he gets this message because I want to see you in the final with a killer song to make your dreams come true, Michael. I really want it to happen. You deserve it.”

As of press time, Brooks hasn’t responded to Cowell’s plea. But knowing how much joy he gets out of championing other artists, we’re sure he’ll chip in to help Ketterer if the message reaches him.

You can watch the performance that prompted Cowell’s unexpected request for Brooks by tuning in to the video below. Once you finish, you’ll understand why Cowell has so much faith in Ketterer and his talents.