Dolly Parton Confesses Troubles In Marriage – How Did She Save It? 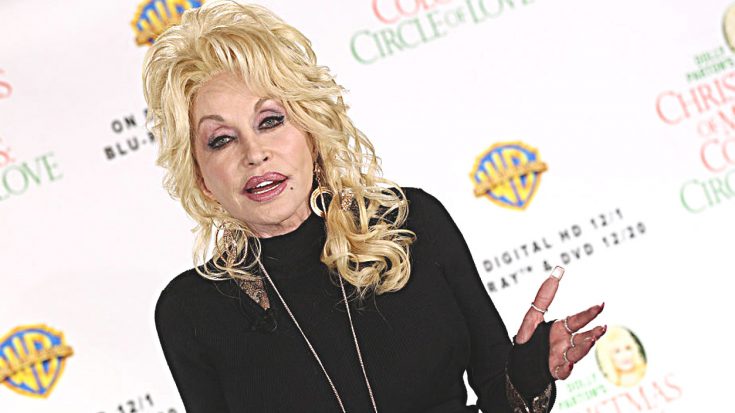 For decades, fans have wondered about Dolly Parton‘s elusive husband, Carl Dean. The couple married in July 1966, and have been together for nearly 52 years. Yet fans hardly know Dean, as he has chosen to remain out of the public eye.

As Parton has said before, Dean has only ever seen her perform once. Instead of soaking in the limelight, Dean enjoys time away from the hustle and bustle by retreating to the couple’s Tennessee home.

Even though Parton and Dean have been together for over half a century, people have been skeptical about their relationship. Many have wondered if Parton has been unfaithful, or if Dean is even a real person at all. These thoughts all stem out of the fact that we hardly ever see Dean.

The Start Of Some Troubles

But it is true that Dean is a real person, and he and Parton have enjoyed many years of marriage together. However, that doesn’t mean that those years have always been happy ones.

During an interview with Closer Weekly, Parton opened up about a heartbreaking time in her life that put major strain on her marriage to Dean. As you may know, the two of them have never had any children, and there’s a reason why.

In the early 1980s, Parton experienced several years of severe gynecological problems. Doctors determined it was necessary for her to have a partial hysterectomy, and though it would fix the problems, it meant that she could never have children.

“It was a really bad time,” Parton said. “Sometimes God just has to smack you down. He was almost saying, ‘Sit your pretty little ass down because we have to deal with some stuff!’”

But it wasn’t so easy for Parton to deal with that stuff. She admitted that she sunk into a depression and cut down a number of her professional duties.

All of this was enough to place strain on her relationship with Dean, but there was one more thing that further weakened the crumbling marriage.

During the same time frame, Parton admits that she felt great guilt over an emotional affair she was involved in while married to Dean. While the affair never became a physical one, Parton still felt horrible for being involved in it.

Consumed by feelings of sadness and guilt, she nearly did something drastic.

Parton has revealed before that she once came close to committing suicide. She has always credited her dog, Popeye, for saving her.

She once again told the story of her suicide attempt in her interview with Closer Weekly:

“I looked at [the gun] a long time. Then, just as I picked it up, just to hold it, and look at it for a moment, our little dog, Popeye, came running up the stairs. The tap-tap of his paws jolted me back to reality, I suddenly froze and I put the gun down…Now that I’ve gone through that terrible moment, I can certainly understand the possibilities, even for someone solid like me, if the pain gets bad enough.“

So Popeye was responsible for saving Parton’s life, but what ended up saving her marriage to Dean?

What Rescued The Relationship

Parton also answered that question in her interview with Closer Weekly. And if you know anything about her, the answer shouldn’t surprise you at all.

More than anything else, Parton credits her faith for saving her relationship with Dean. As she shared, she has relied on her faith to get her through every trial and crisis she has ever faced in life, even from the time she was young.

“A belief in God is essential,” she said. Speaking about her family, she later went on to add, “Our faith is the most important thing to all of us. It was the key to our survival.”

Because of her faith, Parton is now preparing to celebrate her 52nd anniversary with Dean in July. And they couldn’t be happier!

“We know each other so well,” Parton said. “I know every line in Carl’s face, and he knows every hair in my wig!”

What do y’all think of the confessions Parton made in this intimate interview?