1982 TV Exposé Shows Graceland Before It Was Open To Public 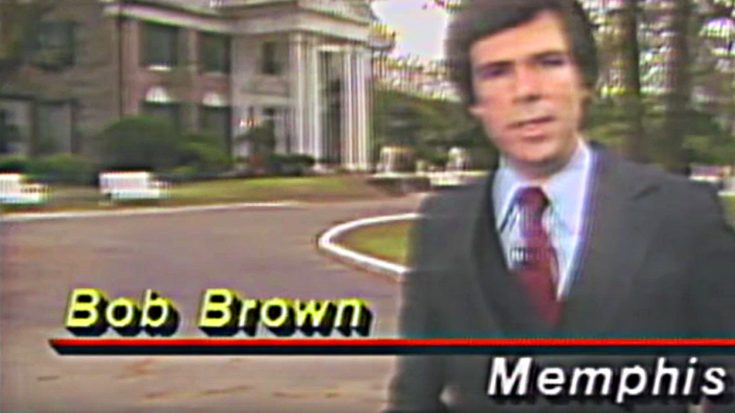 Just a short time after The King’s tragic death, the very first video cameras were allowed inside the gated grounds of Memphis’ most-famous mansion: Graceland.

Today in 1977, Elvis Presley passed away at the age of 42 at Graceland. His legacy and music will always live on. pic.twitter.com/0jdtXwoDKt

The former home of Elvis Presley which once was full of life, music, family and famous guests now laid mostly-vacant and was willed to his ex-wife, Priscilla Presley. Drawing thousands upon thousands of fans to its gates, Graceland quickly became an iconic landmark.

A crowd pushes toward the gates of Graceland Mansion in Memphis, to view the body of Elvis Presley, August 16, 1977 pic.twitter.com/lsXMgfk8Hf

Before the mansion was opened for public viewing in 1982, just one news station was allowed inside the famous walls of this historic mansion. Their never-before-seen footage and exposeé showed the world inside this mega-star’s private home.

There's only one place in the world where you can experience the Jungle Room – and that's at #Elvis Presley's #Graceland in #Memphis. Start planning your rock 'n' roll pilgrimage: https://t.co/Ko8CGwujan pic.twitter.com/tTDvUOTBcW

Presley spared no expense when remodeling this massive estate and many of those intricate details were laid out in front of the news crew’s cameras. Even some of his automobiles were shown off in the first public footage ever taken behind the gates of Graceland.

Along with interviews of some of his business partners and friends, ABC News Nightline went in-depth for this one-of-a-kind featurette.

Watch the full video below and let us know what you think in the comments.