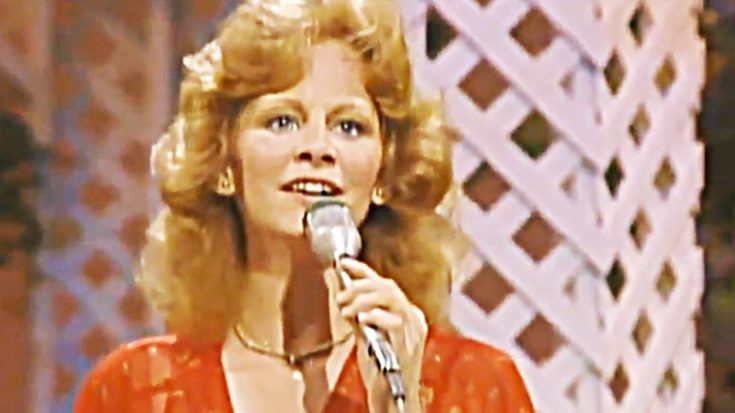 Country superstar Reba McEntire entertains and inspires no matter what type of song she graces us with.

Known primarily for her Oklahoma roots and as a celebrated Queen of Country, Reba also sings gospel like she means it.

The legendary songstress made her debut as a singer in first grade with a solid delivery of “Away in a Manger” during a school Christmas play. Though she’s stayed away from an abundance of gospel music because she considers it her sister Susie’s turf, when she decides to sing it, nobody does it better.

Listen to this unforgettable Reba song, “(You Lift Me) Up to Heaven.” Signed to a record label, Nashville’s Mercury/PolyGram Records in 1975, Reba released this memorable gospel gift in 1980. It was the first single from her album, Feel the Fire. The song reached No.8 on the Billboard Hot Country Singles & Tracks chart.

If you listen carefully in the background, you can hear Reba’s sister, Susie McEntire, singing harmony.

Reba later went on in 2017, to release an album based solely around her gospel favorites. Still, this girl is all country and this unquestionable icon has influenced many who have followed in her footsteps.

“That influence has manifested itself in many ways. As a role model, she’s shown others how to handle fame with grace and good humor while never backing down from her values or goals. Just as importantly, she’s shown others to refuse to accept limitations on what she can do or how much she can achieve,” The Net Music Countdown reported.

McEntire also explained to the website, “Whatever I’m doing, I feel like I’m representing country music. It’s always been my main career, and it’s where my loyalties lie. I feel like I’m waving the flag of country music wherever I go, and I couldn’t be prouder to do it.“

And, we couldn’t be happier that she’s doing it.

What’s your favorite Reba song? Do you remember when you first heard her sing?  Share your thoughts with us about this Golden Oldie.