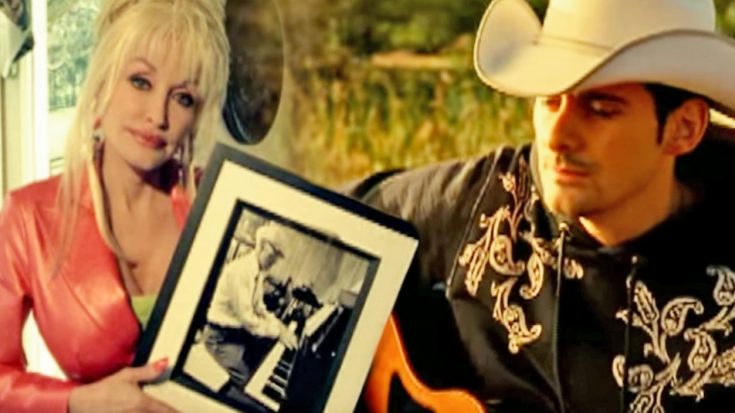 Country music traditionalist, Dolly Parton, teamed up of with modern country star Brad Paisley to unite the battling sides of the genre with a best of both worlds duet for “When I Get Where I’m Going.”

The song appeared on Paisley’s 2005 album Time Well Wasted and features harmony vocals from Parton. The song became Parton’s 24th No.1 Billboard hit and her first since 1991 as well as Paisley’s fifth No.1.

The song has highly religious undertones and is about a man’s journey into Heaven. The man explains all that he has planned when he gets where he’s going and how there will be nothing but “happy tears” and he will “love and have no fear.”

You can watch the award winning music video below and be sure to let us know what you think in the comments!