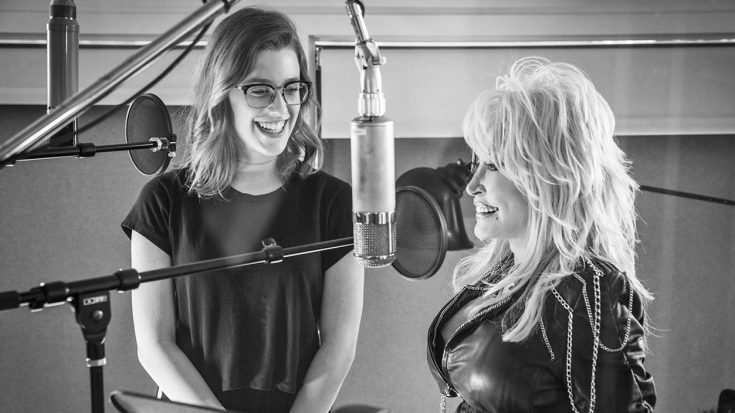 Everyone knows that Dolly Parton is a musical legend but is she hinting that there is a young prodigy in the making? Parton may just be giving some new insight.

Parton has been producing endless hits for decades. From her early years to her newest projects, she’s kept fans continuously begging for more. Her latest work took her talents to the screen with the Netflix film, Dumplin’. Telling a story through the lens of a pageant queen’s daughter, the unexpected unfolds.

While the entire soundtrack for Dumplin’ was either written or recorded by Parton, several other artists were featured including Miranda Lambert, Mavis Staples, and Alison Krauss. But it was one young talent that really caught Parton’s eye from the beginning.

A Star In The Making

Meet Willa Amai – a Los Angeles based singer/songwriter. Her musical journey was sparked early on when she began her songwriting at age 9. In her blog, she describes her inspiration,

“I had the crazy idea to put my poetry to music and my first song was born.”

It was her introduction with legendary producer Linda Perry, that changed her life forever. In December of 2016, Perry heard just a small piece of her song and the two began the incredible path they are still on today. It wasn’t long before Amai and Parton were standing side by side singing together.

even next to the two biggest larger than life musicians to walk this earth i look like a giant ! hehe #hereyoucomeagain #DUMPLIN

Parton and Amai recorded the tune, “Here You Come Again” for the Dumplin’ soundtrack. While Amai plays the piano and sings the vocals alongside Parton, the beautiful ballad unfolds. Amai’s voice is delicate with a raspy tone that sets the perfect tone for the song.

Together, their voices compliment each other flawlessly. While Parton has been an unbelievable idol for the young singer, the country star admits that she has been impressed by Amai herself. Parton posted an Instagram, complimenting her talent,

“It’s truly refreshing working with young talent like Willa Amai.” She gushes, “I know she’s going to make a lot of great music in her career!”

Even posting a behind the scenes video of Amai which showcases just how real and raw her talent is.

It's truly refreshing working with young talent like @WillaAmai. We recorded "Here You Come Again" together for #DUMPLIN. I know she's going to make a lot of great music in her career!

If Dolly Parton thinks she has what it takes – we can only imagine how far this young talent will go!