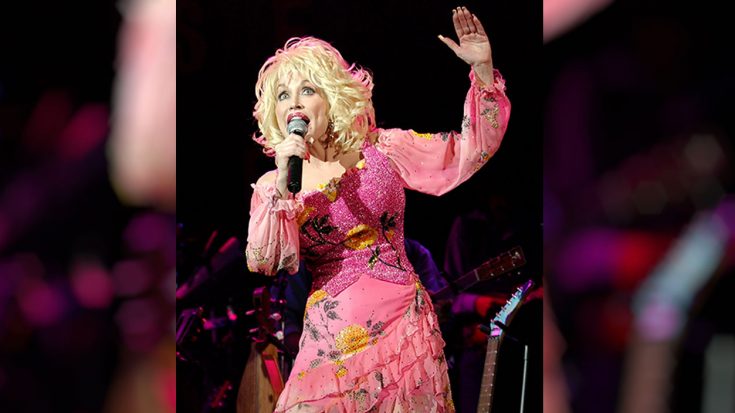 With a mile-long list of accomplishments throughout her career, it comes as no surprise that Dolly Parton was considered as a host for the TV show, Family Feud.

Listed as one of the longest-running shows on television today, Family Feud features two families that have a battle of the wits and compete for a cash prize. The family-friendly game show has been entertaining households for decades.

Since 2010, Family Feud has been hosted by the hilarious Steve Harvey, who’s lighthearted humor and charisma draws viewers to the show.

Name someone wives might flirt with during an average day…

However, Harvey hasn’t been the only one to host the show.

Harvey took the place of actor John O’Hurley, who only hosted the show for 4 years. Before O’Hurley, Family Feud was hosted by actor Richard Karn of Home Improvement, Louie Anderson, and its original host from 1976, Richard Dawson.

In 1999, after Family Feud had just finished a 5-year hiatus, producers were set on finding the perfect host for the series. According to Eternal Lifestyle, prior to hiring Louie Anderson for the revival of the show, Dolly Parton was offered the gig, but she turned them down.

Some of the highest ranked episodes of the show, feature some of the world’s most famous faces. Celebrity Family Feud has featured the Kardashian clan, the Grey’s Anatomy cast, Kelly Clarkson, Amy Schumer, Kanye West, and Snoop Dog.

Check out the video below for Family Feud’s funniest moments.