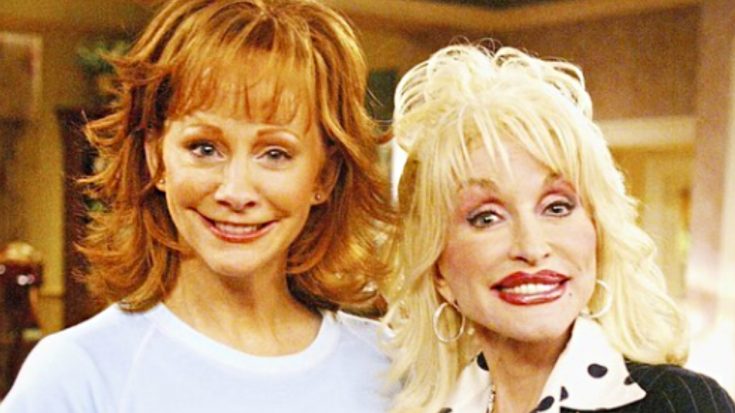 Dolly Parton dropped some very big news during an interview on Watch What Happens Live with Andy Cohen.

Dolly, 75, and fellow country singer Reba McEntire, 66, are two of the genre’s most iconic artists; however, fans have always wondered why the two powerhouses have never recorded a song together. One fan asked Dolly if there was a reason she had never collaborated with Reba, and the “9 to 5” singer’s answer surprised viewers.

“Reba and I just did a song together,” Dolly admitted during the interview.

The two singers performed a remake of Reba’s 1993 song, “Does He Love You,” which will be featured on Reba’s upcoming album. The 1993 release featured Linda Davis and climbed to No. 1 on the charts. “Does He Love You” also earned Reba several awards, including Grammy for Best Country Vocal Collaboration.

“It turned out really good, because I’ve always wanted to sing with her,” Dolly revealed. “And I don’t know why we never did it until now, but we really sounded good together. I think the fans are going to like it.”

For more on the upcoming Dolly and Reba collaboration, check out the interview below.