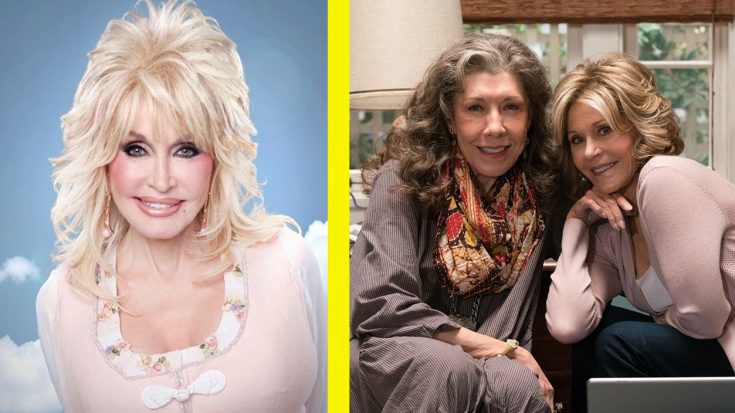 Dolly Parton is a star who’s done it all and now she’ll be able to add one more thing to her long list of accomplishments. The country star confirmed that she would appear in a guest-starring role alongside her previous colleagues Lily Tomlin and Jane Fonda on the sitcom Grace and Frankie.

The three of them had previously worked together on the 1980 film 9 To 5, which makes the reunion all the more special. During an interview with Lorraine, Parton indicated she would be making a guest appearance on the popular Netflix series.

“I have been trying to do Grace and Frankie for years. We worked so well on 9 To 5, and it’s a crazy wonderful show,” she said. “We have been trying to write me in somehow, so when it is safe to actually do a production, I will probably get around to doing that.”

Lastly, in a recent interview with Andy Cohen, Parton confirmed that her appearance as a guest star on Grace and Frankie is actually going to happen! When asked if we’d ever get to see her on the show, the superstar replied, “Yes, you are!”

See Parton confirm the news in the video below.