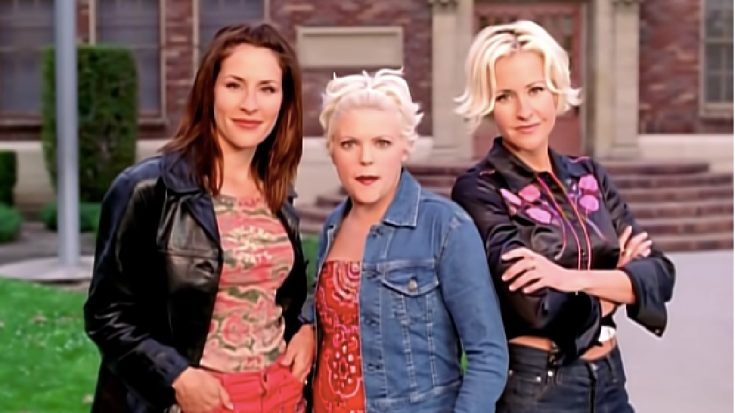 The Chicks, previously known as the Dixie Chicks, are one of the most successful all-female bands in history. Their success is due in part to their ability to bring together bluegrass, pop and country and cutting edge lyrics such as those from their fan-favorite hit “Goodbye Earl.”

The song chronicles the tale of high school friends Mary Anne and Wanda and their quest to get revenge on Wanda’s abusive husband, Earl. Following the 2003 Grammy Awards, the Chicks’ lead singer Natalie Maines told press backstage that the song was an “’ode to O.J. Simpson,’ and it’s totally fiction.”

While the Chicks never topped the charts with “Goodbye Earl,” it is easily one of their most popular and recognizable songs despite the backlash that followed its release. Many radio stations banned the song due to it’s edgy lyrics, but Maines defended the group saying, “I think initially when we heard it, we just thought it was so funny. We’re not saying kill your husband if he touches you. It was more [like], ‘This is a bad character, and these girls are going to do something really bad to him, but don’t take it too seriously.’”

Ironically, the Chicks weren’t the first group to record “Goodbye Earl.” The first to record the Dennis Linde-penned tune was Sons of the Desert, an all-male country group who performed the song at their live concerts prior to recording it for their second album. But, when the Chicks recorded “Goodbye Earl” and claimed it as their own, Sons of the Desert got into a dispute with Sony that resulted in their departure from the label.

Sons of the Desert’s second album, that included “Goodbye Earl” and their version of the future Rascal Flatts’ hit “Bless the Broken Road,” was never released. But, an audio of the group’s “Goodbye Earl” rendition was posted to YouTube, giving fans a glimpse of the song long before it was a hit for the Chicks.

Listen to Sons of the Desert singing “Goodbye Earl” below.