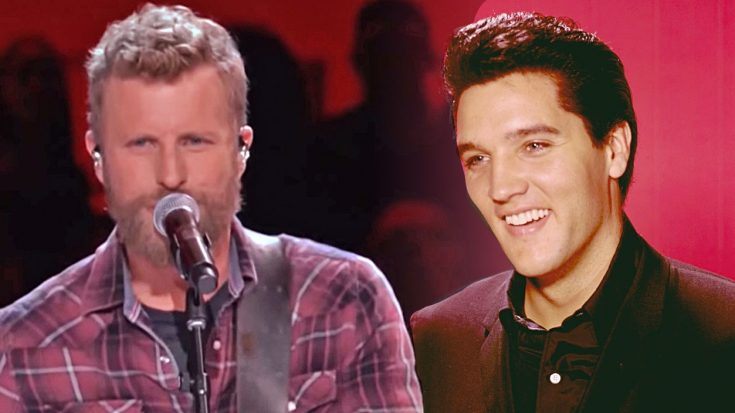 A handful of music’s biggest stars came together for one rockin’ tribute concert in honor of The King of Rock & Roll. Celebrating the one and only Elvis Presley, an array of artists across all genres have prepared some of his greatest hits to give fans the experience of a lifetime. One country music heartthrob put on a swoon-worthy performance, channeling his inner heartbreaker.

On December 3rd, 1968 NBC aired Singer Presents…Elvis, now know as the '68 Comeback Special. Today we celebrate the 50th Anniversary of this iconic TV performance that marked Elvis' return to the stage and reminded everyone why he was known as The King of Rock 'n' Roll 🎶 #elvis68comebackspecial #ElvisPresley

Dierks Bentley captivated the audience with his rendition of Elvis’ “Little Sister.” The 1961 hit tells the story of Elvis taking a chance on the younger sister of a girl he used to date. While Elvis describes the older sister as “mean and evil” he begs of the little sister to not be the same.

Bentley imitated the rock and roll feel in his rendition, letting his raspy vocals take the lead. Bentley even showed off his guitar skills as he rocked throughout the tune. The crowd clapped along the entire time and gave him a loud stamp of approval following the performance.

Although there will never be another like The King, Dierks Bentley sure knows how to honor his legacy.