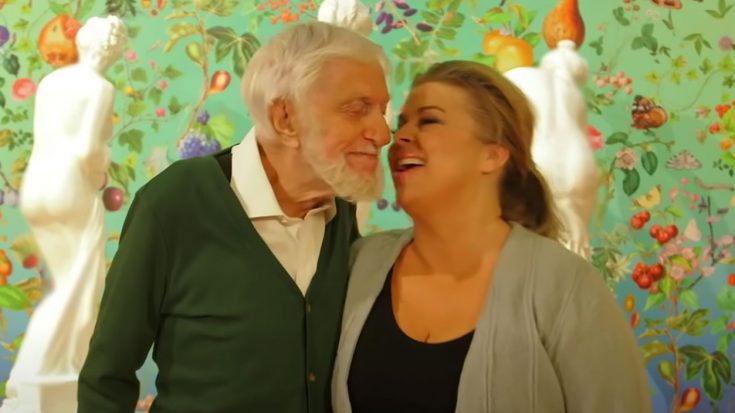 Dick Van Dyke has had a long and successful career as an actor, singer, and dancer. His seven decades in television and film have brought him much fame and quite frankly, a lot of wealth. Recently, Van Dyke opened up about the 46-year age gap between him and his wife, Arlene Silver.

The two of them met back in 2007 at the Screen Actors Guild Awards. Van Dyke was there to present his Mary Poppins co-star Julie Andrews with a lifetime achievement award. Van Dyke was 81 at the time and Silver was a 35-year-old makeup artist who happened to be doing his makeup before the event.

In a recent interview with Closer, Van Dyke admitted that he was worried that people would object to their relationship and accuse Silver of being a gold digger.

“I thought there would be an outcry about a gold digger marrying an old man,” he stated, “but no one ever took that attitude.”

Van Dyke is now 96 and gives his 50-year old wife credit for all of his happiness and vitality. “We share an attitude. She can go with the flow. She loves to sing and dance, which we do almost every day. She’s just delightful.”

The happy couple celebrated their 10th wedding anniversary on February 26, 2022.

Wishing them even more happiness and good times!

Check out the video below to see Van Dyke and Silver perform a duet of the song “Everybody Loves a Lover.”