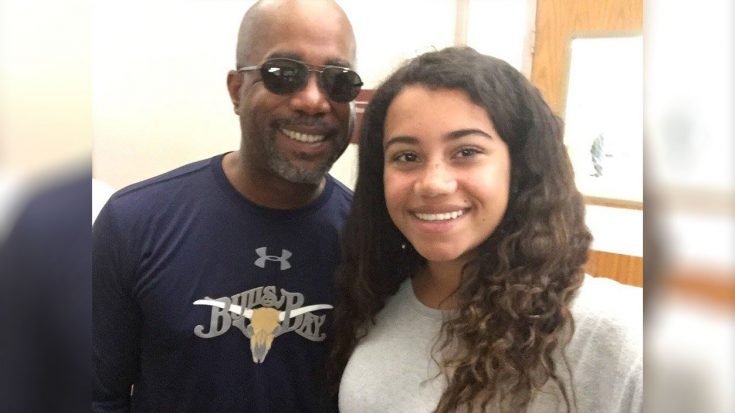 Remember Darius Rucker’s 2008 chart-topping song, “It Won’t Be Like This For Long?” The song talks about his little girl growing up and it’s finally happened. 19-year-old Dani Rucker is following in the footsteps of her father and has shown her musical talents in a recent project with her father.

The two of them collaborated on a song during quarantine and it’s now making waves across social media.

“Making the best of these stay at home orders & family time I decided to play around with my garage band and put on my producer hat. With my daughter Dani back home from college, she joined on lead vocals. Thanks Lee Turner & Jeff Marino, my co-producers and the Carolina Grey Boys.”

The song starts out with guitar, mandolin, and pedal steel for a classic country sound. Dani’s soft vocals blend perfectly with the music and her dads easily recognized voice comes in on the chorus.

A new song isn’t the only thing the father-daughter duo has been working on. The two of them have also been working on their dance routine which Darius posted with expressed humor.

Quarantine has to end. At least I got the last part.

Watch the video below to listen to the new song.