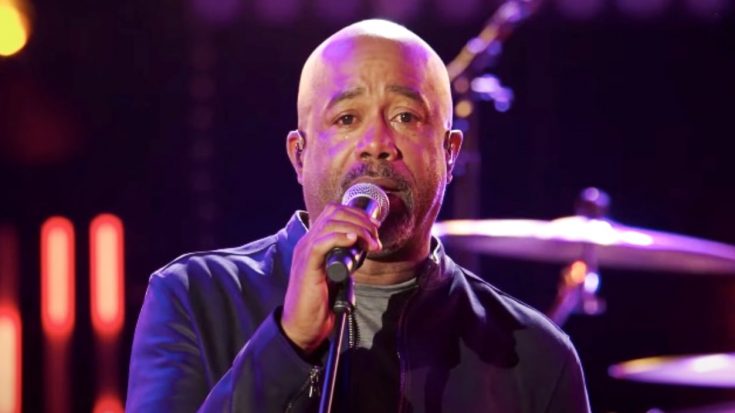 After Charley Pride passed away on December 12, 2020, the country music world was devastated. One person who paid tribute to Pride after his passing was his longtime friend and fellow artist Darius Rucker.

“My heart is so heavy,” Rucker wrote. “Charley Pride was an icon, a legend, and any other word you wanna use for his greatness.”

Eight months after Pride’s passing, Rucker and some of country music’s brightest stars gathered to honor him on a CMT Giants special. The special aired in August 2021, and featured appearances from artists such as Alan Jackson, George Strait, Garth Brooks, and Wynonna Judd.

Before the show aired, CMT released a preview clip of Rucker singing one of Pride’s #1 hits, “Someone Loves You Honey.”

Pride’s son, Dion Pride, shared the video of Rucker’s performance on his own Facebook page. This proves it has his seal of approval!

Rucker was the perfect person to tap for this tribute. His cover of “Someone Loves You Honey” was done in the most sincere and respectful manner.

Tune in to the video below to watch Rucker deliver his musical tribute to Pride.