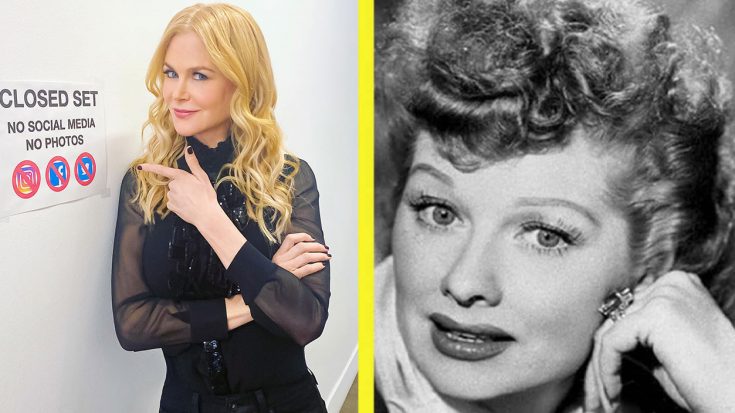 Lucille Ball’s daughter Lucie Arnaz put an end to the controversy surrounding Nicole Kidman’s portrayal of her mom in an upcoming biopic.

Kidman is set to play the I Love Lucy icon in Aaron Sorkin’s upcoming biopic titled Being the Ricardos. The film follows Ball and her husband Desi Arnaz during a week of production of the ’50s sitcom.

Arnaz was able to witness two days of filming in which Kidman portrayed Ball “in the late-’30s and mid-’40s.” Afterward, she spoke candidly in an interview with Palm Springs Life about what it was like to see Kidman take on the role of playing her late mom.

“Nicole did a spectacular job,” she stated. “The two days that I watched, though, were both little flashbacks, so she was playing Lucy in the late ’30s and mid-’40s. She wasn’t Lucy of Lucy Ricardo fame yet, so it was a trifle different. And I know she meant it to be, so it could feel different. But boy, what she did was astounding. She’s got such poise and class.”

Arnaz emphasized that Kidman didn’t get the role because of any physical resemblance to Ball, but rather her acting talent and abilities.

“Nobody was cast because they look exactly like somebody,” she continued. “They were cast because they’re spectacular performers, actors, and they can capture the basic essence of what has been written in this script.”

Arnaz concluded by saying that she was looking forward to seeing the finished product.