Tim McGraw Shows How He’s “Gettin In The Groove” For “Yellowstone” Prequel. 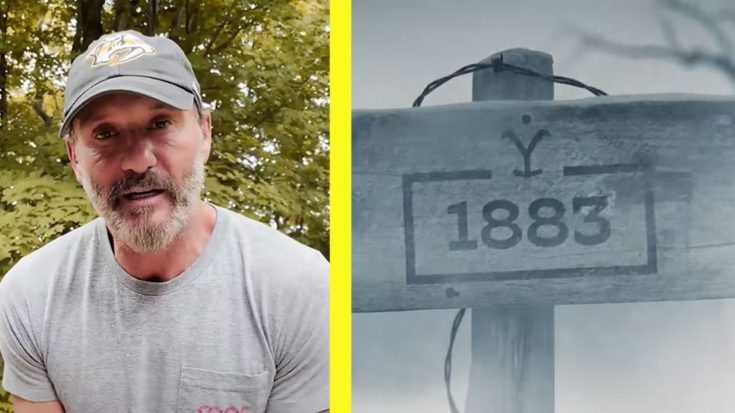 By now most Yellowstone fans have heard that country superstar couple, Tim McGraw and Faith Hill have been cast in the show’s prequel, Y:1883.

The two of them will portray the Dutton family ancestors, James and Margaret, with the legendary Sam Elliott who has also joined the show. Even though details are limited and no footage has been released, McGraw is already posting some behind-the-scenes content on his social media.

On Instagram, he posted a picture of one of the props from the show along with a pair of blue jeans stained with black powder.

The prop in the photo appears to be a leather-bound datebook or journal with the name “J Dutton” stamped on the outside cover. McGraw doesn’t explain what it is but he does tell fans that he is practicing his gunslinging skills.

“Gettin in the groove for #1883,” McGraw writes, “as for the jeans … black powder blanks from quick draw practice!!!”

McGraw shared the news with his fans in an Instagram post. Kevin Costner even chimed in and commented, “Dutton looks good on you.”