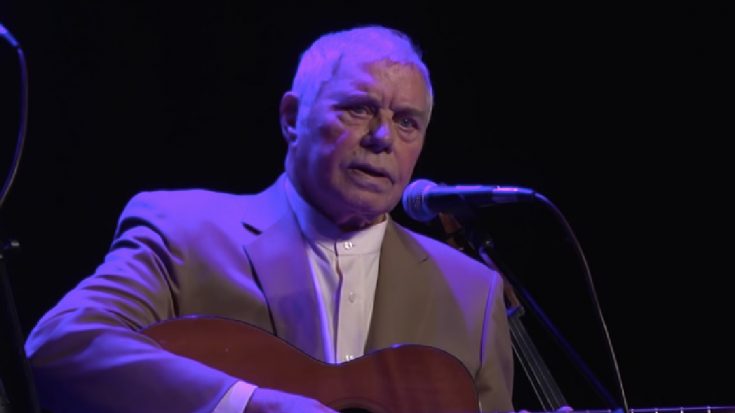 The country music world is mourning the loss of one of its most beloved artists, Tom T. Hall who died Friday, August 20, 2021. He was 85.

The news of Hall’s passing was shared by the Grand Ole Opry where Hall has been a member since 1971.

Hall was born in Olive Hill, Kentucky, where he formed a band called the Kentucky Travlers as a teenager. He later joined the Army where he performed over the Armed Forces Radio Network and wrote comical songs about Army experiences. After leaving the military, Hall worked as a disc jockey at Roanoke College and later as a radio announcer in West Virginia and Kentucky.

As a songwriter, Hall first found success in 1963 when Jimmy C. Newman recorded his song, “DJ For a Day.” The next year, Hall moved to Nashville where he started working as a songwriter for Newkeys Music for $50 a week. Perhaps his biggest songwriting success was “Harper Valley PTA” which was recorded in 1968 by Jeannie C. Riley. The song hit No. 1 on the Billboard Hot 100 and Hot Country Singles charts, was certified six time Platinum and won a Grammy Award and CMA Award.

Hall recorded some albums himself and released a string of hits that stretched through the 1960s and early 1980s. His hits included “A Week in a Country Jail,” “Country Is,” “The Year Clayton Delaney Died,” “That Song is Driving Me Crazy,” “and “Faster Horses (the Cowboy and the Poet).”

But, it was his 2019 induction into the Songwriters Hall of Fame that he considered his greatest honor.

Tom Hall was married to Dixie Hall from 1969 until her death on January 16, 2015. Hall has a son, Dean Hall, from his previous marriage to Opal “Hootie” McKinney.