Craig Morgan Gets Stitches After Cutting Knee With Machete 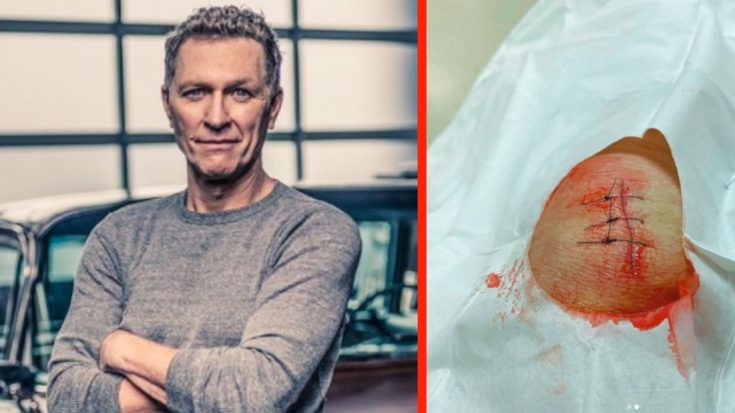 The past month has been an eventful one for Craig Morgan. His latest album, God, Family, Country, was released in May, containing songs such as “Whiskey” and the heartbreaking song about his son Jerry’s death, “The Father, My Son, and the Holy Ghost.”

In addition to releasing a new album, Morgan has been a fixture on the Grand Ole Opry stage. Because of the COVID-19 pandemic, the Opry’s Saturday night shows have taken place without an in-house audience. But Morgan and the other artists who have performed at the Opry during the pandemic still entertain thousands of fans through radio, TV, and online livestreams.

During one of his Opry appearances, Morgan debuted a new song titled “The Mask.” The track is so new, it doesn’t even appear on God, Family, Country.

Morgan went on to record the song, and dedicated it to “our frontline heroes during the pandemic and to anyone who has put on a brave front to selflessly help others.”

The last time Morgan appeared on the Opry stage was on May 23. Since then, he’s been busy promoting God, Family, Country and “The Mask.” He also found the time to jet off to Alaska, where he recently suffered a gruesome-looking injury.

On Instagram, Morgan shared a photo of his bloodied knee, saying he “got a little machete gash” that needed seen to. The people in the comments were quick to note that the gash in his knee was anything but little!

Even though Morgan’s injury appeared painful, he seemed to handle the whole thing in stride. The second photo he posted in his slideshow depicts his knee after he got a number of stitches.

“…few stitches later and I’m good God I love Alaska,” Morgan wrote in the caption. At least he seemed pretty positive about the whole ordeal!

You can see the photos of Morgan’s injured knee below.

***THE FOLLOWING PHOTOS ARE GRAPHIC & MAY BE DISTURBING TO SOME***

Yikes…that had to hurt! We’ll be praying for Morgan’s quick and complete recovery.

Enjoy one of Morgan’s new songs, “Whiskey,” below. Anyone would need a big swig of whiskey if they ever cut their knee as bad as Morgan did!