John Prine’s Final Song Of His Life: “I Remember Everything” 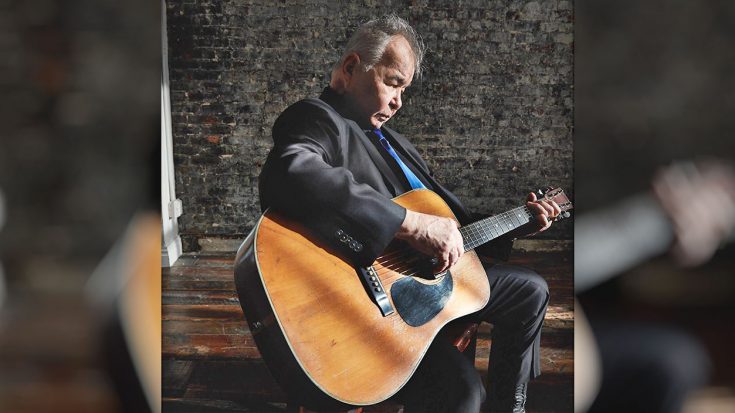 On April 7, 2020, at the age of 73, the world lost one of it’s most revered songwriters due to COVID-19. John Prine was one of the most influential songwriters of our time with music hits that spanned 5 decades of his career. As the music world is still reeling from his death, we are fortunate enough to receive one last song from the music legend.

Before he passed, the 73-year-old  wrote his final song, “I Remember Everything” with his friend Pat McLaughlin. Prine recorded the song in his living room and we’re lucky to have the video of him doing so.

“I Remember Everything,” is an acoustic ballad in which an old man looks back at his life. It’s hard not to get emotional when Prine sings the line, “every song I ever sang on a guitar out of tune” with such deep conviction in his voice.

The song was released at the end of “Picture Show: A Tribute Celebrating John Prine,” which featured Kacey Musgraves, Eric Church, Sturgill Simpson, Jason Isbell, Margo Price and Brandi Carlile, among others, each performing on stage at Nashville’s Ryman Auditorium.

Prine released his last album, Tree of Forgiveness, in 2018. The following year, with more than 15 albums under his belt, he was inducted into the Songwriters Hall of Fame.

Today marks the two-year anniversary of John’s last record, The Tree of Forgiveness. In honor of this release, we will be sharing special memories, photos, videos, and quotes throughout the week. “My wife is managing me now. And our oldest son is running the record company. So the two of them ganged up on me and said it was time to make a record. I made them get me a suite at the Omni in downtown Nashville. I checked in there with ten boxes of ideas, just scraps of paper from over the years. And I locked myself in there for a week ‘til I came out with a record.”

Even after his death, his influence on country music lives on through the many artists he impacted during his career.

Watch the video below to hear his final song.