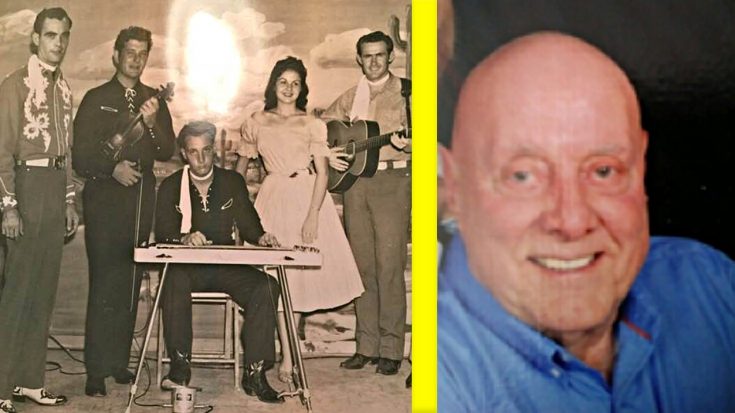 Country music songwriter Glenn Ray passed away at his home in Newton Grove, North Carolina on Thursday, June 11. He was 82 years old.

The songwriter’s full name was Glenn Ray McGuirt, however, he was known by many as “Gator.” He reportedly got the nickname because he was a game warden in Florida and could catch gators with his bare hands, without using a snare.

A little over a year ago, a friend of Ray’s posted an old picture of him when he was a part of a band and played the steel guitar.

Hey Friends, we had some great musical moments this week with Mel Tillis Jr. and the Memory Makers. Wednesday at the…

Glenn Ray was best known for his John Anderson top 10 hit in 1982, “I Just Came Home To Count The Memories.”

Before becoming a hit with Anderson, the song was previously recorded by Bobby Wright in 1975, and Cal Smith in 1977. It was also recorded after Anderson, by Tim Barrett in 1984 and Jack Scott in 2015. However, no one was able to top what John Anderson’s recording had accomplished.

He also wrote “Til a Better Memory Comes Along,” which multiple artists recorded including: Shelby Lynne in 1990, Mark Chesnutt in 1993, and Gene Watson in 2009.

During his time in Nashville, he collaborated with many of Nashville’s elite, including Ed Bruce and Tim Mensy. His cousin and Nashville’s Songwriter Hall of Fame member, Ted Harris, was his mentor throughout his songwriting career.

Our thought and prayers are with Glenn’s friends and family.