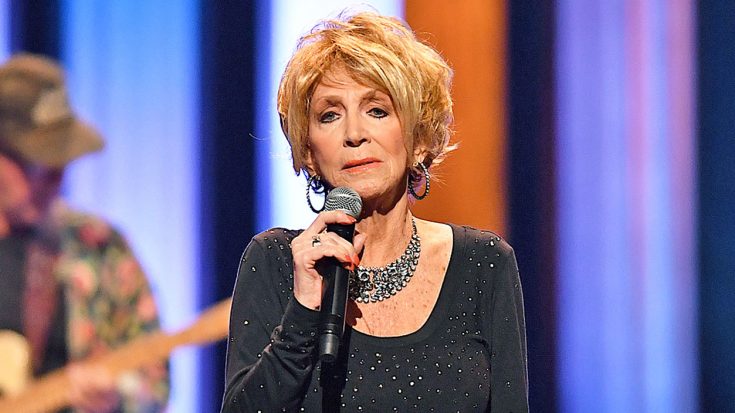 Jeannie Seely started her career way back in 1966, and soon became a leading star in country music. That same year, she released what is still known as her most iconic song, titled “Don’t Touch Me.” In addition to reaching number one on the country chart, the song earned Jeannie the Grammy Award for Best Country Female Vocal Performance.

Since then, Jeannie has remained one of the most highly respected artists in all of country music. She is a fixture at the Grand Ole Opry, and has been a member since 1967. She celebrated her 50th Opry anniversary in 2017, making her one of only three female artists to ever be an Opry member for fifty years.

Unfortunately, Jeannie was forced to cancel her January 12 performance at the Grand Ole Opry when her husband, Gene, was rushed to the hospital with what she called “that terrible stomach virus.” The flu has been going around within recent weeks, and it seemed that was what Gene had come down with at the time.

Calling all angels!! My sweet wonderful husband is so ill with that terrible stomach virus. I’ve canceled my Opry show…

But it soon became clear that the issues Gene was experiencing were even more serious than Jeannie thought. The doctors discovered that Gene had an obstruction in his intestines that required surgery. He underwent surgery on January 16, and Jeannie was hopeful that his health would return.

Thank you Lord… and thank you friends!! Successful surgery… all went well. As a precaution keeping in Cc unit tonight Sooo happy!!!🤗🤗🤗

However, the surgery didn’t help as much as Jeannie and the doctors had hoped. Gene’s health experienced a series of ups and downs after surgery, and because of this he had to remain in the ICU. Just when things finally started to look up, Jeannie reached out to her fans to plead for more prayers. “More prayers please…very serious prayers,” she wrote.

After Jeannie posted that, Gene’s condition seemed like it was improving again. But he continued to experience more problems, including a blood clot that appeared in his right arm. As of press time, Gene still has not left the hospital, and on Thursday (February 1), Jeannie said the doctors had “some new not so good developments” to share.

Despite the fact that Gene’s fighting an infection, there is some good news. His vitals are holding steady, and Jeannie said they are “cautiously optimistic” moving forward. Once again, she took the time to thank all of her fans and friends for keeping Gene in their prayers.

Gene at noon today: just talked to Dr… some new not so good developments, all in all he is slowly improving though. We…

Jeannie has been so strong through all of this. Our prayers go out to her, as well as Gene. Here’s to his quick and complete recovery…