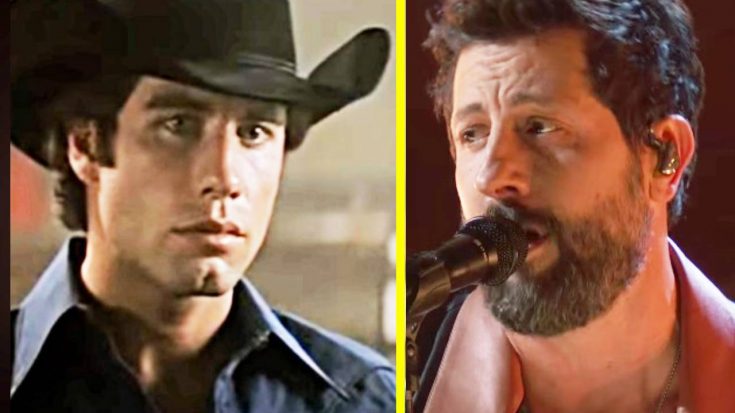 In 1980, a little movie titled Urban Cowboy was released to theaters and it changed country music forever. While the movie itself wasn’t about country music – or even country singers – the local honky tonk named Gilley’s was the main setting.

Since the movie’s release, it has become somewhat of a cult classic, largely due to the incredible soundtrack. 40 years have passed and those songs remain timeless. It seems the Country Music Association took notice because during the 54th Annual CMA Awards, which were held on November 11, they paid tribute to the film and had two legendary singers in attendance – Mickey Gilley and Johnny Lee!

Gilley announced earlier in the day on Facebook that he would be attending.

“Johnny and I will be at the CMA Awards tonight….they will be doing a tribute to the 40th Anniversary of the ‘Urban Cowboy’. Tune in,” he wrote.

At the show, co-host Darius Rucker said a few words about the movie and announced to the crowd that Gilley and Lee were there, which got a round of applause.

Old Dominion performed the tribute, singing Lee’s “Lookin’ For Love,” which had the audience swaying side to side. At one point, the cameras cut to Gilley and he can be seen singing along!