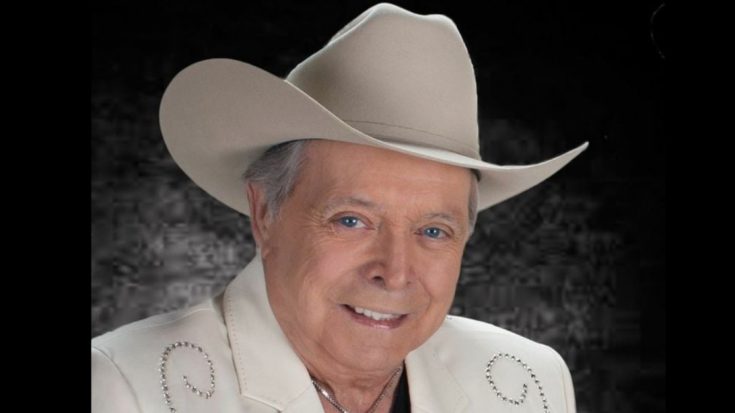 The new was shared on Facebook by the mayor of Pasadena, Texas, who wrote:

“Pasadena has lost a true legend. Mickey Gilley passed away today, surrounded by his loved ones. It was my great honor to know this man most of my life,” Mayor Jeff Wagner wrote. “Mickey was a true musical talent who charted 42 singles in the Top 40 Country Charts over a span of two decades. His talent and larger-than-life personality helped ignite a new interest in country music as he introduced the world to Pasadena through his dance hall and ‘Urban Cowboy’ in 1980.”

Gilley’s cause of death wasn’t announced, but in Facebook posts made last week, the singer canceled all of the May dates scheduled at his Branson, Missouri, theater.

“The last couple of weeks, my energy level and some health issues kept me from being 100% at my shows. So, I’ve been seeking doctors to get me back on track,” Gilley wrote. “I’ve cancelled all Branson shows through May to give anyone planning on seeing our shows the information so your plans could be adjusted accordingly. I hope to be reenergized, healthy and back in full swing to see you at our shows soon!”

Mickey Gilley was credited with inspiring the Urban Cowboy movement and the movie that went along with it. The famous cousin of rock & roll legend Jerry Lee Lewis opened Gilley’s, known as the world’s largest honky tonk, in Pasadena, Texas, in the early 1970s. Shortly after opening Gilley’s, Mickey found success with country hits like “Room Full of Roses,” “Window Up Above,” and “Don’t the Girls All Get Prettier At Closing Time.”

Gilley’s attractions, including its famous mechanical bull, inspired the 1980 film Urban Cowboy starring John Travolta and Debra Winger.  The film was based on an Esquire article about the relationship between two club regulars.

“I thank John Travolta every night before bed for keeping my career alive,” Gilley told the AP in 2002. “It’s impossible to tell you how grateful I am for my involvement with ‘Urban Cowboy.’ That film had a huge impact on my career, and still does.”

Mickey Gilley had 39 Top 10 country hits and 17 No. 1 songs to his credit, along with six Academy of Country Music Awards. Mickey Gilley also worked as an actor with appearances on “Murder She Wrote,” “The Fall Guy,” “Fantasy Island,” and “The Dukes of Hazzard.”