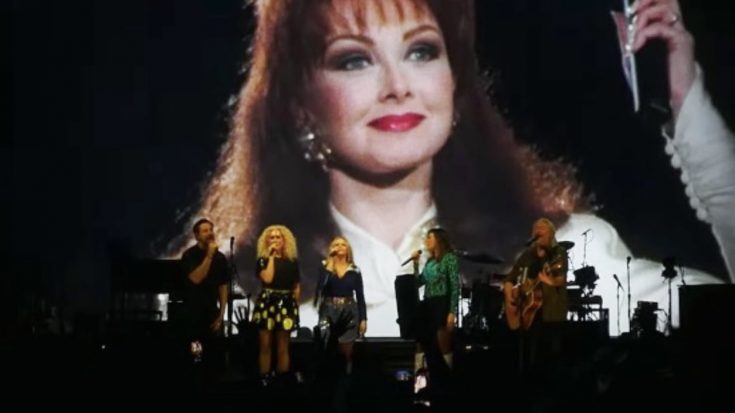 Miranda Lambert had the chance to spend some time with Naomi and Wynonna Judd at the 2022 CMT Music Awards on April 11. The Judds performed “Love Can Build a Bridge” during the ceremony, which was their first televised duet in 20 years.

Sadly, Naomi passed away just a few weeks later on April 30. Miranda paid tribute to her by sharing a photo they took together at the CMT Music Awards.

“I’m thankful I got to spend just a little time with you Naomi,” Miranda wrote. “True legend. Praying for peace for this family. Rest easy.“

Miranda kicked off her 2022 Bandwagon Tour with Little Big Town on May 6 in Houston, Texas. The singers gathered to deliver an emotional tribute to Naomi during the show.

They sang The Judds‘ “Grandpa (Tell Me ‘Bout the Good Old Days),” which The Judds released in 1986. The Judds ended up winning a Grammy for Best Country Performance by a Duo or Group with Vocal for their performance of the song.

All these years later, “Grandpa” is known as one of The Judds’ signature songs. So it seemed fitting that Miranda and Little Big Town chose to sing it during their tribute to Naomi on tour.

The artists delivered their tribute during the encore of their concert. One attendee filmed their performance, and shared the video on YouTube.

You can hear the audience singing along as Miranda and Little Big Town delivered a tender cover of “Grandpa.” They placed a photo of Naomi on the big screen toward the end of the song, and the crowd cheered like wild.

After singing “Grandpa,” Miranda and Little Big Town continued the encore by covering “Let It Be.” You can watch their full performance below.

This was such a moving tribute to the great Naomi Judd…