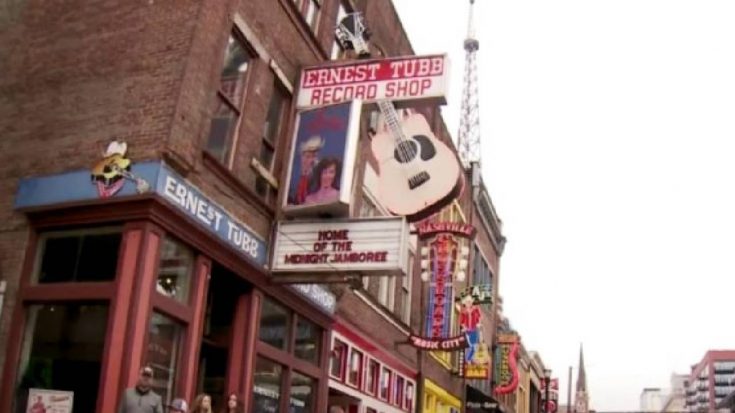 On March 11th, the companies that own the Ernest Tubb Record Shop, Honky Tonk Circus, LLC, ETRS, LLC, and David McCormick Company, Inc released a statement on the Shop’s official social media pages that they will be selling the building and closing its doors.

“It’s with great sadness that we share the news that the Ernest Tubb Record Shop — building and business — will be sold. Our goal has always been to protect, promote and preserve the great history of the record shop and building. That desire remains as strong today as ever. However, due to changes in circumstances out of our control, it’s now clear the best way forward is to sell the business and the real estate.”

“We are heartbroken that the store, which has existed in its current location in the heart of lower Broadway since 1951, will close this Spring. Preserving the history and tradition of country music remains at the forefront of everything we do. We remain committed to preservation work and look forward to new projects that will allow us to continue to protect and nurture the invaluable history and tradition of country music.”

After the announcement, the great-great-nephew of Ernest Tubb, 14-year-old Colton Gibson, helped start a petition in hopes to save the Record Shop.

Another family member created the petition, while Gibson has been its most vocal promoter. He even has a plan in mind for what could be done with the Record Shop if it remains open:

“The record shop, it’s full of history,” he said. “The Country Music Hall of Fame along with that record shop together would make an awesome combination of a museum.”

Despite their efforts, and almost 20,000 signatures on the petition, The Ernest Tubb Record Shop closed its doors for the final time after celebrating the Shop turning 75 years old. The celebration featured “very special guests taking the stage and telling stories.”

It’s sad to see such an amazing piece of country music history close after 75 years.