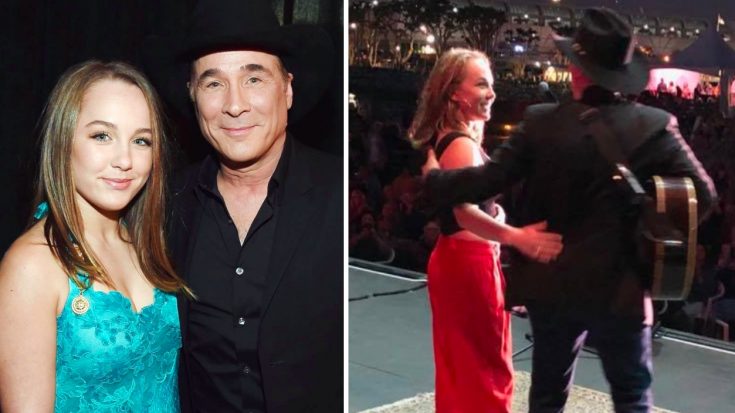 There’s not much that Clint Black loves more than being a father. He is dad to a daughter named Lily Pearl Black, whom he had in 2001 with his wife Lisa Hartman Black.

By the time Lily Pearl was born, Clint was already a certified star and Lisa was a successful actress and singer. In fact, the two had a number one country song together called “When I Said I Do,” which was released in 1999.

With parents as talented as these, it’s no surprise why a daughter would want to follow in their footsteps. In a new interview with Santa Ynez Valley News, Clint opened up about his daughter, who is now a college freshman at Belmont University, where she is studying business and music.

“She wants to go into the family business,” he told the publication “She knows it’s a business and that no one is going to do it for you.”

Clint continued, “There’s myriad of emotions as you would imagine all the excitement, the worry, the hopes, the dreams — all of it. It’s all there. It’s quite the tapestry.”

While he loves that Lily wants to follow in his footsteps, he’s realistic with her about the tough reality of trying to make it in the music industry.

“I give her the unvarnished look, so she knows,” Clint said. “I’ve told her about other acts and musicians that I’ve known that couldn’t handle it and turned to drugs and alcohol. You draw the wrong card and have an addictive personality, that can be the end of you. I’ve lost friends to it.”

But, he says, that he and Lisa have got a great kid on their hands.

Clint clearly sees her potential, seeing as he included her on the song “Magical Christmas” from his 2018 album The Clint Black Christmas Collection.

He also brought her out to a San Diego show in July 2018 to sing Carrie Underwood’s “Temporary Home.”

Great to have my daughter, Lily Pearl join me on stage last night in San Diego! She did a great job with Carrie Underwood’s “Temporary Home”! Not an easy song!

We can’t wait to see what Lily Pearl has in store for us in the future. For now, listen to her sing “Magical Christmas” below.