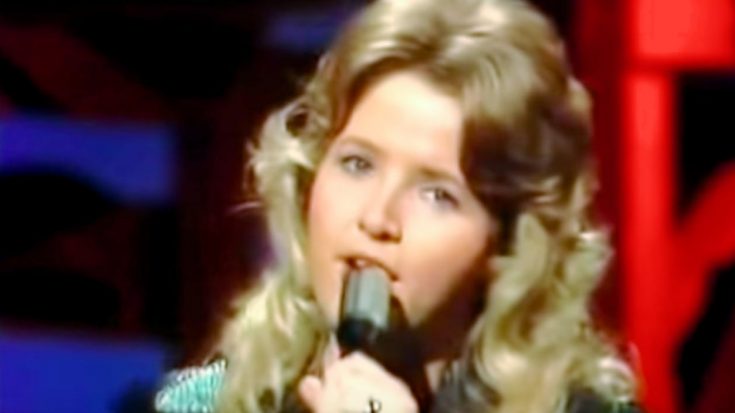 It turns out that Tanya isn’t the only musical member of the Tucker family!

Tanya was only 13 years old when her breakout hit, “Delta Dawn,” was released in 1972. The song ended up reaching the sixth spot on the Hot Country Songs chart and crossed over to claim the 72nd spot on the all-genre Billboard Hot 100.

Just two years later, another Tucker would score a Top 10 hit as well. This time it was Tanya’s big sister LaCosta Tucker, who released her debut single “I Wanna Get to You” that year.

LaCosta, who was born in 1951, grew up singing as a child. She won her first talent contest when she was only four years old, and went on to perform in many additional beauty pageants and talent shows. Along with Tanya, she performed in a duo called the Country Westerners.

As a college student in Arizona, LaCosta sang in clubs, and was eventually named Miss Country Music, Phoenix.

LaCosta married Daryl Sorenson, who went on to manage her career. After Tanya hit it big in country music, LaCosta moved to be closer to her, and their father, Beau, helped negotiate a recording contract for her as well.

Her debut single, “I Wanna Get to You,” reached the 25th spot on the Hot Country Songs chart. But it was her sophomore single that went on to become her biggest hit. Also released in 1974, the song was titled “Get on My Love Train.”

“Get on My Love Train” claimed the third spot on the Hot Country Songs chart in the U.S. and also snagged the sixth spot on the Canadian country chart.

Many more Top 20 hits followed for LaCosta, who recorded as simply “La Costa” throughout the early years of her career. Just a few of her many hit singles include “He Took Me for a Ride,” “Western Man,” and “This House Runs On Sunshine.”

LaCosta stopped recording after the 1980s, and her music is hard to come across these days. You can still find some of her songs on a 2000 anthology titled Sisters: An Anthology, which also contains songs by Tanya.

By the 1990s, LaCosta turned her attention to her children and her sister. She became the president of Tanya’s fan club, and helped support her career.

Do you remember listening to LaCosta’s music when it played on the radio? Take a walk down memory lane by watching one of her old performances below. She’s so talented!