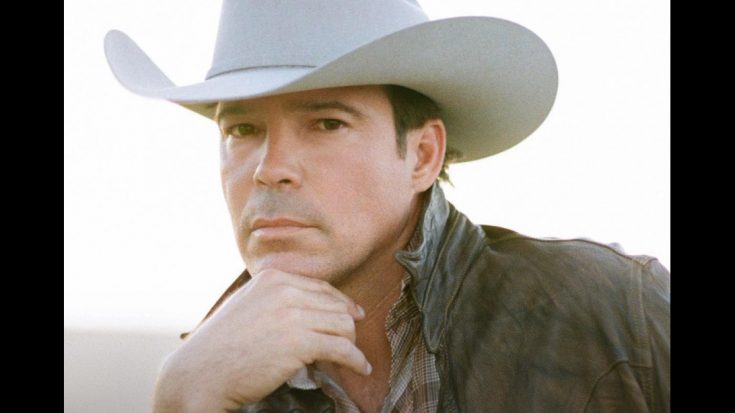 ’90s country music great Clay Walker has opened up about a recent health scare that left him without any feeling below his armpits for six months.

In 1996,  Clay Walker was diagnosed with multiple sclerosis (MS). The singer was at the height of his career at the time, enjoying the success that came with songs like “This Woman and This Man,” “Hypnotize the Moon,” “If I Could Make a Living” and “Live Until I Die.”

Thanks to an aggressive treatment plan and a healthy lifestyle, the 53-year-old has been able to live a fairly normal and active life, despite his diagnosis. But, the last 26 years have brought occasional flare-ups that have been temporarily debilitating for Walker. Most recently Walker told CMT that he had spent six months with no feeling below his armpits.

“There was a lot of prayer,” Walker said. “Whenever you have doctors, and I got the best doctors in the world, tell you that when we reached month number three with no feeling, we were in no man’s land. That he couldn’t guarantee anything was the most scared I ever got.”

Walker’s physician changed up his treatment plan from daily shots to a twice-a-year infusion. The switch has been a success for the singer who hasn’t had any major flare-ups since the change.

Clay Walker also told the publication that he was devastated when he first got the diagnosis and the prognosis, but praises his wife for helping him with the day-to-day challenges of the disease.

“I’ve always felt invincible,” he said. “Then, getting MS, I was devastated through that diagnosis and even more devastated by the prognosis. But where I am with my life right now is my wife and I both; we work together with it.”

“My wife, no way would I have made it without her,” Clay said. “She is perfect in every way, and she really is the greatest mom. We don’t have a nanny, and it’s never easy. The toughest job in the world is a stay-at-home mom.”

Multiple sclerosis is a disease that attacks the central nervous system and impacts the brain, spinal cord and optic nerves. The disease causes damage the protective layer around the brain and “causes unpredictable symptoms such as numbness, tingling, mood changes, memory problems, pain, fatigue, blindness and/or paralysis,” per National MS Society. The NMSS states that symptoms vary and can be either temporary or long-lasting.