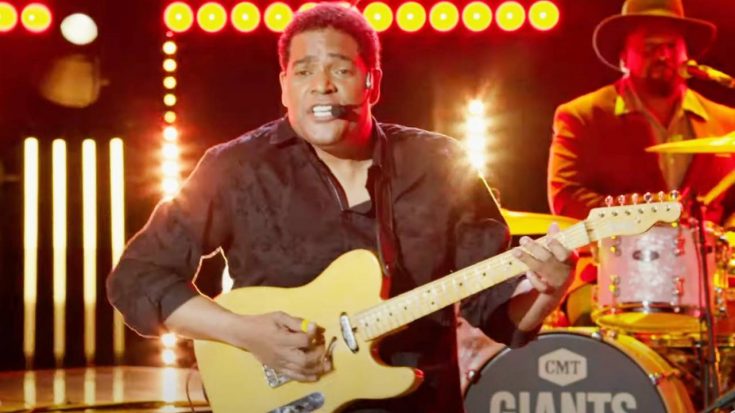 By the time Charley Pride released “Mountain of Love,” he was already a certified star. He had already broken down barriers by becoming the first African-American singer to perform at the Grand Ole Opry since 1941. “Mountain of Love” quickly became Pride’s 26th number one hit on the country charts. He had a total of 30 number one songs and 52 that reached the Top Ten!

“Mountain of Love” was actually a cover of the Harold Dorman released in 1960 and has been covered by many artists including The Beach Boys, Kenny Lynch, Johnny Rivers, and Ronnie Dove.

Dion was tasked with performing his dad’s 1980s hit “Mountain of Love,” and we know Charley was smiling from Heaven, beaming with – no pun intended – pride.

Charley Pride passed away on December 12, 2020 from COVID-19 complications, about one month after he made his final public appearance, and performance, and the CMA Awards.