Crystal Gayle Has Thought About Cutting Her Hair 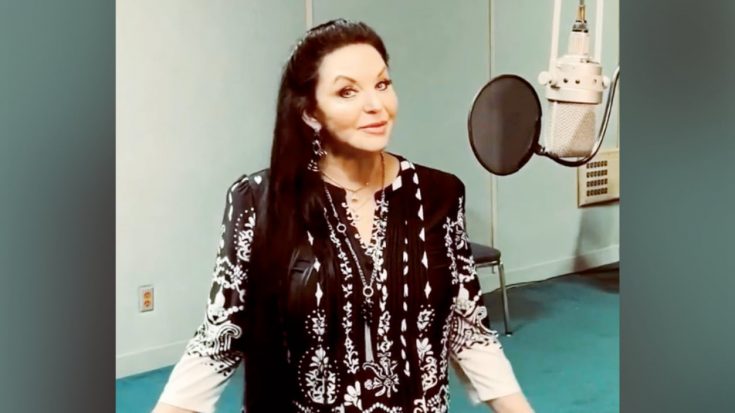 There are two things that immediately come to mind whenever someone thinks of Crystal Gayle. First, they think of her angelic voice, which has brought us songs such as “Don’t It Make My Brown Eyes Blue” and “Talking in Your Sleep.” Second, they think of her long hair.

In 1990, The Los Angeles Times described Gayle’s hair as being “ankle-length.” As beautiful as her hair was (and is), it comes with its drawbacks. As the Los Angeles Times wrote in its article “Pressure from [Gayle’s] hair’s extreme length gives her headaches and neck aches.”

At that time, Gayle said it took five hours to wash her hair and let it dry. When it came to maintenance, she said combing her hair was the worst part.

Despite the inconveniences, Gayle has maintained her signature long locks for several more decades. Now age 70, Gayle recently confessed to People she has thought about cutting her hair.

“There’s been days where I just want to take the scissors,” she said.

This isn’t a new thought of Gayle’s. She said she thought about cutting her hair in the past, and her kids always had something to say about it.

“When my children were younger, they’d say, ‘Mom, you won’t be Crystal Gayle when you cut your hair.’ So they’ve been waiting for that moment,” she said.

But Gayle’s fans have no need to worry. Even though she’s thought about it, she doesn’t plan on getting a haircut any time soon!