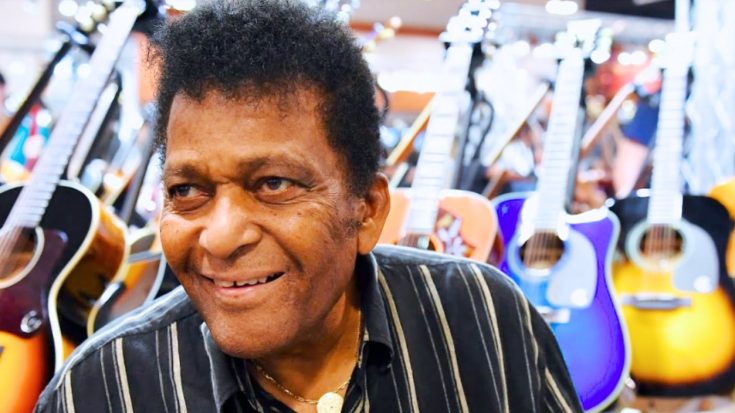 Congratulations are in order for Charley Pride, as he was just named as the recipient of one of the greatest honors the CMA has to give…the Willie Nelson Lifetime Achievement Award.

The Willie Nelson Lifetime Achievement Award is meant for artists who embody the following characteristics:

“The Willie Nelson Lifetime Achievement Award is for an iconic artist who has attained the highest degree of recognition in country music,” reads a press release about Pride being named the 2020 recipient of the honor. “The Award was established to recognize an artist who has achieved both national and international prominence and stature through concert performances, humanitarian efforts, philanthropy, record sales, and public representation at the highest level. The artist receiving this Award has positively impacted and contributed to the growth of the genre throughout a course of years that have proven to have an unprecedented historical impact on fans and industry alike.”

Anyone who knows anything about Pride knows he fits that definition perfectly. He’s a three-time CMA winner, is a member of the Grand Ole Opry and the Country Music Hall of Fame, and has served as the voice behind iconic songs such as “Kiss an Angel Good Mornin'” and “Is Anybody Goin’ to San Antone.”

The press release about Pride being named the newest recipient of the Willie Nelson Lifetime Achievement Award included a quote from the CMA’s Chief Executive Officer Sarah Trahern. She explained why Pride was chosen to receive the award this year:

“Charley Pride is the epitome of a trailblazer,” Trahern said. “Few other artists have grown country music’s rich heritage and led to the advancement of country music around the world like Charley. His distinctive voice has created a timeless legacy that continues to echo through the country community today.”

According to the press release, Pride will accept the award during the 54th CMA Awards on Wednesday, November 11. No word yet on if a musical tribute will be performed in his honor, but the press release did state that “Further details will be revealed in the coming weeks.”

Past recipients of the award include its namesake, Willie Nelson, Kenny Rogers, Johnny Cash, Dolly Parton, and Kris Kristofferson. Pride is joining a pretty elite club there!

Join us in congratulating Pride on this extraordinary achievement. He certainly earned it.