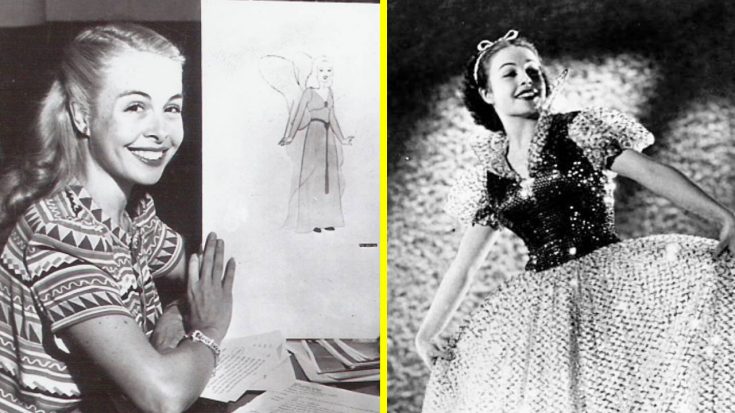 Known for her role in the golden age of television and film, Marge Champion, born Marjorie Celeste Belcher, has passed away at the age of 101.

Her son, Gregg Champion, confirmed her death with The New York Times on Thursday (Oct. 22).

rest in peace to the beautiful Marge Champion, a talented dancer who died at the age of 101 ❤️

Before all that, she helped bring several Disney films to life, serving as a model for Snow White, Pinocchio, and Fantasia, just to name a few.

We lost the "pixie dust" of the Blue Fairy
(and Snow White) today with the passing of the talented dancer Marge Champion who modeled for the animators.
Thanks for helping to inject "the illusion of life!" pic.twitter.com/6vs1bevTRZ

According to D23, Champion “was the live-action reference model for the heroine of Disney’s feature-length cartoon Snow White and the Seven Dwarfs, performing dances, scenes, and special movements so the animators could caricature her actions and make their princess as human as possible.”

She was also the reference model for the Blue Fairy in 1940’s Pinocchio and Hyacinth Hippo in the “Dance of the Hours” segment of 1940’s Fantasia, which she also choreographed. Champion even did modeling for Mr. Stork in Dumbo, leading many to refer to her as a “Disney legend.”

We are sorry to report the passing of Disney Legend Marge Champion: https://t.co/Qkem8OdJF3 pic.twitter.com/L31fO60H3G

A legendary woman who helped bring to life legendary films. Our thoughts and prayers are with her family.

Watch her doing a test scene for Snow White below.

R.I.P. Marge Champion, the dance model for Disney's Snow White back in 1937, as well as the Blue Fairy in PINOCCHIO and the hippo in FANTASIA. Here's some wonderful test footage from SNOW WHITE: pic.twitter.com/GOSZPWOav2