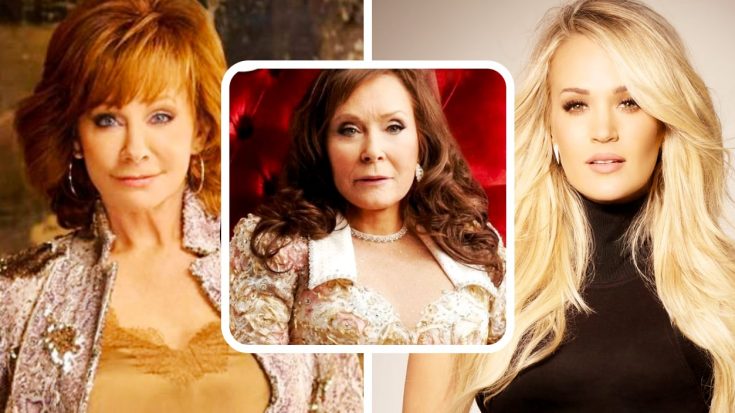 In March 2021, Loretta Lynn released her new album Still Woman Enough. The album shares the same name as her 2002 autobiography.

Back then, Lynn’s daughter, Patsy Lynn Russell, told her “Still Woman Enough” sounded like it could be another song (the title was a play on a previous song of Lynn’s, “You Ain’t Woman Enough.”)

Russell told Taste of Country that she and her mom sat down and “maybe wrote a couple lines,” but didn’t take things any further with “Still Woman Enough” the song. Finally, the tune came to life when they recently rediscovered it while gathering songs for their recording sessions with John Carter Cash.

After finishing the chorus, Russell brought the song back to her mom to see if she still liked the concept:

“I brought it back in, and she’s like, ‘You know, I like that, ’cause I’ve been through some bad times,’ and I was like, ‘Well, right there’s your first line!’” Russell recalls. “And it was quick; when we wrote that song and finished it, it was fast.”

Lynn imagined the song as a duet from the get-go, although her daughter didn’t have the same vision.

Russell told Taste of Country her mom was interested in getting Reba McEntire to sing with her. Then she later had the thought to get Carrie Underwood involved after hearing her cover one of her songs at an awards show.

Even though she was still unsure of how the collaboration would work, Russell decided to roll with it anyway. As everything came together, Russell realized her mom knew what she was doing all along:

“Mom’s way smarter than all of us…[She] saw a broader picture, that this is really about girlfriends standing together,” Russell said in her interview with Taste of Country. “I think that’s part of Loretta Lynn’s genius, is knowing those moments.”

Lynn, McEntire, and Underwood all get their chances to shine individually in the song. But the best moments come when the three of them join forces and sing together. In those moments, you hear three generations of country-singing females at once, and it’s a pretty powerful thing.

Tune in to the clip below to listen to Lynn, McEntire, and Underwood on “Still Woman Enough.” This tune is the true definition of girl power!