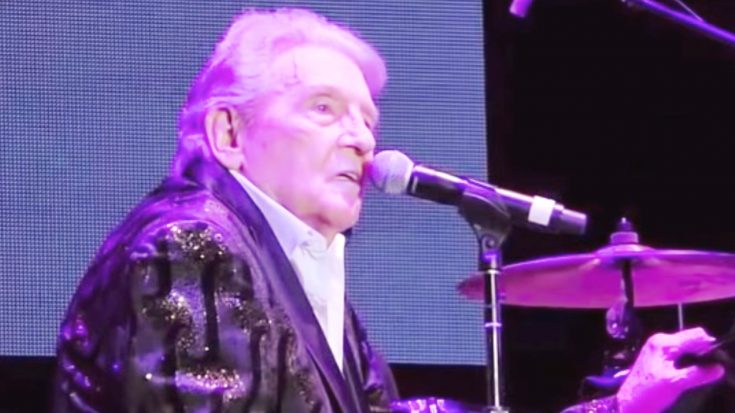 Legendary musician Jerry Lee Lewis has died at the age of 87.

Jerry Lee Lewis’s publicist confirmed the news of his death in a press release that read, “Judith, his seventh wife, was by his side when he passed away at his home in Desoto County, Mississippi, south of Memphis. He told her, in his final days, that he welcomed the hereafter and that he was not afraid.”

The statement also addresses the many health issues that plagued the musician in recent years, saying that his doctors said he they “should have taken him decades ago; he had abused his body so thoroughly as a young man he was given little chance of lasting through middle age, let alone old age.”

“He is ready to leave,” his wife Judith said, prior to his death.

Funeral arrangements will be announced in coming days.

The news comes nearly two weeks after Jerry Lee Lewis was inducted into the Country Music Hall of Fame.

The 87-year-old was too sick with the flu to attend the induction ceremony, so his friend Kris Kristofferson accepted the honor in his stead.

“It is with heartfelt sadness and disappointment that I write to you today from my sick bed, rather than be able to share my thoughts in person. I tried everything I could to build up the strength to come today – I’ve looked so forward to it since I found out about it earlier this year. My sincerest apologies to all of you for missing this fine event, but I hope to see you all soon,” Lewis wrote.

“Thank you all for your support and love and for electing me into the Country Music Hall of Fame, and most of all, thanks to God for allowing me to experience this honor while I am still here.”