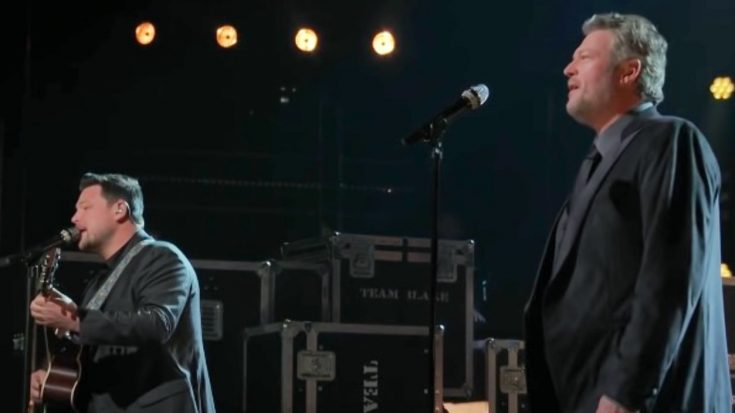 Whenever an artist advances to the Voice finale, they perform a duet with their coach. During Season 19, Blake Shelton had two artists in the finale (Ian Flanigan and Jim Ranger) so he got to sing two duets!

Shelton and Flanigan collaborated on a classic country song that is known as one of the most iconic duets in the genre’s history. That song is “Mammas Don’t Let Your Babies Grow Up to Be Cowboys.”

Whenever someone thinks of the song, they immediately think of the 1978 recording by Waylon Jennings and Willie Nelson. But few people realize that they weren’t the first artists to record the song.

“Mammas” was co-written by husband and wife Ed and Patsy Bruce, and was first released by Ed in 1975. That’s right, the original recording of the song wasn’t a duet!

Because of Jennings and Nelson, “Mammas” is known for being an outlaw country anthem. It was the perfect pick for Flanigan and Shelton to sing on The Voice, since Flanigan has become known for his well-controlled, gritty tone.

Fans seemed to love the performance, and we’re sure you’ll love it too when you give it a watch below.

Flanigan ended up placing in third behind his fellow Team Blake teammate Jim Ranger in second place and Team Gwen’s Carter Rubin in first. Since Flanigan has such a unique voice, we have full faith he has a bright future ahead of him in country music!