Blake Shelton Does A John Anderson Impression While Singing ‘Swingin” 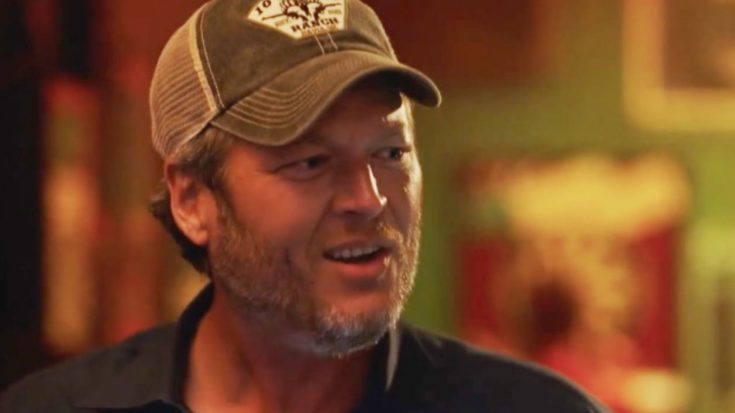 For days, Blake Shelton was teasing his fans about a big announcement to come. Knowing how he’s handled such announcements in times past, many were right on the money when they guessed the announcement had to do with a new tour.

One night in October 2018, Shelton confirmed everyone’s best guess when he revealed that he was embarking on a new tour in 2019.

Like Shelton’s previous tours, the 2019 tour only spanned over a few months at the start of the year. Because of his commitments to The Voice, he can’t travel on an extensive summer tour like most other country stars.

The 2019 tour followed a similar model to Shelton’s 2018 run in the fact that the opening acts were some of his closest friends. But what made the tour a little different is that it also featured opening performances from some of his personal heroes.

Hence the name of the trek…Blake Shelton’s Friends & Heroes Tour.

Meet All Of The Acts

So who exactly are those friends and heroes that accompanied Shelton? The first is none other than Lauren Alaina, the talented American Idol runner-up and voice behind hit songs such as “Road Less Traveled” and “What Ifs.”

Other friends and heroes on the tour include Shelton’s personal mentor and buddy, Trace Adkins, the iconic country duo The Bellamy Brothers, and Grammy-winning singer-songwriter John Anderson.

Shelton revealed the tour news and the names of his openers through a hilarious video announcement he shared to social media. The video opens with a stressed out Shelton seeking some comfort at a bar.

Alaina plays the sympathetic but sassy bartender, who listens to Shelton complain about his struggles to find opening acts for his new tour.

Later on in the clip, Anderson’s “Straight Tequila Night” starts playing in the bar, prompting one patron to compliment it as a “great song.” But Shelton is stunned when the fella confesses he has no clue who Anderson is.

“You know John Anderson. He’s a Grammy Award-winner. You know ‘Swingin’?‘ he asked in reference to Anderson’s iconic chart-topping hit.

Then, just to see if he could drive things home to the clueless bar goer, Shelton sang a small snippet of “Swingin'” while putting on his best impression of Anderson. It was actually pretty spot-on!

In fact, his impression was so good that if you were to watch the announcement clip without looking at your screen, you may be tricked into thinking it was actually Anderson singing.

Unfortunately, even Shelton’s expert impression still didn’t ring any bells with the other fella in the bar.

As the clip moves forward, Shelton encounters even more people who don’t know his heroes, or don’t believe that he actually knows them. This prompts Alaina to offer him some advice: why not bring all of his heroes and friends on tour…including her?

Shelton agrees, and the whole video comes to a hysterical conclusion. Check it out, along with Shelton’s impression of Anderson below!