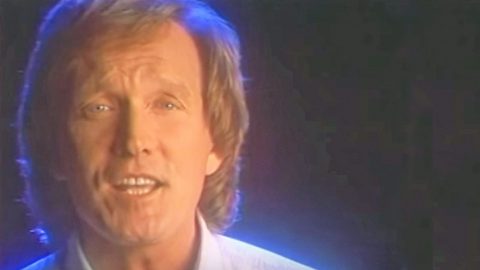 Billy Joe Royal became a household name in 1965 when he released his mega-hit “Down in the Boondocks.”

Royal was a friend of songwriter Joe South and sang a demo of South’s song, “Down in the Boondocks.” Columbia Records heard the recording and offered Royal a contract on the spot.

He recorded the song and it hit number nine on the Billboard Hot 100. It has since become his best-known song. Throughout his career, Royal had several successful follow-up singles in the pop genre, including “I Knew You When.”

In the 1980s, he decided to reinvent himself as a mainstream country star. He released “Burned Like A Rocket,” his first hit on the country chart, in 1984 and continued to release hits well into the 1990s.

“Burned Like A Rocket” was written by Gary Burr and was on Royal’s debut country album Looking Ahead. The album produced three singles that charted on the country charts and reached number 23 on the Country Albums chart.

Royal mixed his experience with pop in his country songs, but in a subtle way. For example, “Burned Like A Rocket” has a “doo-wop” feel to it, but it is a country song down to its core. Because there are only a couple studio versions of the song on YouTube, one fan wanted the world to be able to see Royal perform the song live, so he uploaded a short clip of one he had taken years ago.