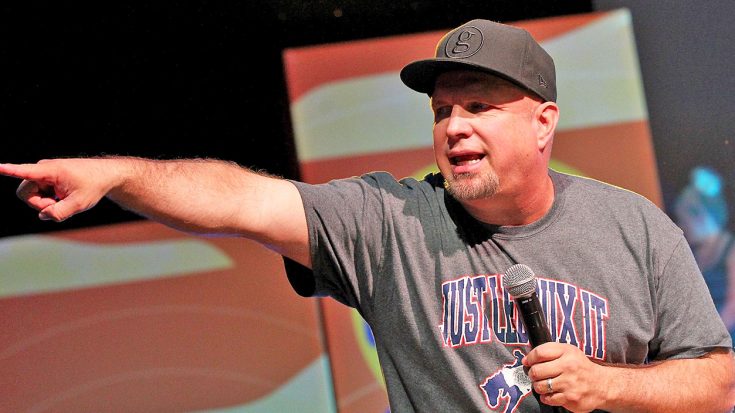 New York City might be called The City That Never Sleeps, but Nashville is truly giving them a run for their money.

If you’ve ever visited Nashville, Tennessee, you know that there is live music being performed at every single bar on Broadway from early in the morning and well into the next day! Then, it starts all over again just a few hours later.

You never really know what kind of crowd you are going to get at each bar, so every night is always a surprise. Well one singer was given the ultimate surprise during his set at Tootsie’s on a random Thursday night in August. Andy Gibbons and his band were playing the Garth Brooks song “That Summer” on the second level of the iconic bar.

They had the crowd in the palm of their hand until a man rushed the stage and grabbed a microphone to join in. That man was none other than Garth Brooks himself, and absolutely no one knew he would be there!

Of course, Gibbons and his band did not mind one bit that the reigning CMA Entertainer of the Year was joining their set. They continued to play a few more of Brooks’ hits, and according to one of the band members’ Facebook pages, Brooks actually got down on his hands and knees and bowed to them.

This is something this group of guys, and the fans in attendance, will never forget! Watch it all go down in the videos below.

Just more proof that you never know who you might see here in Nashville. STORY: https://bit.ly/2B0l8lC

Nothing like starting a Garth brooks song and Garth himself runs up to sing!! After playing a couple songs he got on his hands and knees and bowed to us!!!!