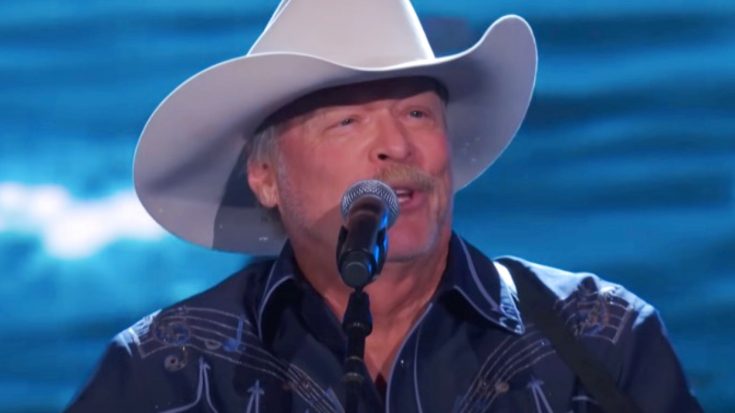 Alan Jackson was celebrated as CMT’s “Artist of a Lifetime” during CMT’s annual Artists of the Year ceremony. The ceremony was held on Wednesday (October 12), and was filmed for a televised special that aired on Friday (October 14).

In addition to being a guest of honor, Alan was also a performer.

Alan attended the event with his wife, Denise, their eldest daughter Mattie, her fiancé  Connor, and their youngest daughter Dani. Mattie shared some photos from their evening:

“Best way to celebrate @officialalanjackson is all dolled up with these peeps!” Mattie captioned the pictures. “What a beautiful evening and reminder the impact his remarkable career continues to have on so many as this year’s CMT Artist of a Lifetime.”

During the ceremony, Alan sang his fun-loving song from 1992, “Chattahoochee.” The song was a #1 hit on the Billboard Hot Country Songs chart and won the CMA Awards for Song and Single of the Year.

Alan had the honor of closing out the 2022 CMT Artists of the Year ceremony with his performance of “Chattahoochee.” Clips from the song’s famous music video played on the screens next to the stage while Alan sang.

The crowd loved every second of it, and could be seen singing along throughout the performance. The camera cut to show various artists and Alan’s family members happily singing with him.

If you missed the Artists of the Year special when it aired on TV, don’t fret. You can catch Alan’s performance of “Chattahoochee” in the video below.

This performances proves why Alan is more than deserving of the “Artist of a Lifetime” title!