Andy Griffith Fans Can Visit The Real Town Of Mayberry 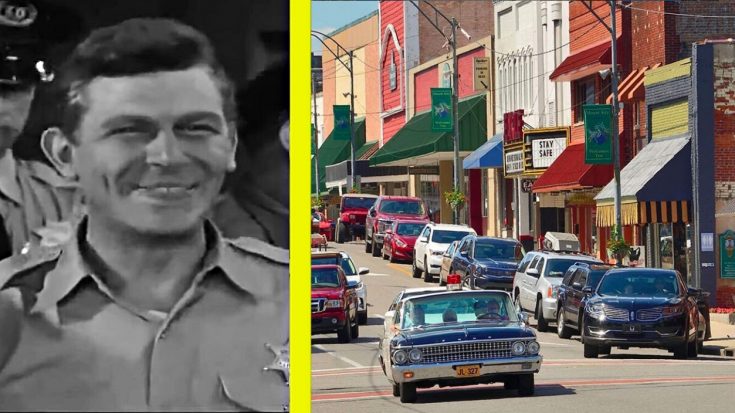 Mayberry, the idyllic hometown made famous on The Andy Griffith Show, has long been considered a fictional place, but the real Mayberry does exist.

While the town on the show might’ve been just another Hollywood set, the inspiration behind it was all based on Griffith’s actual hometown – Mount Airy.

Not only is the town real, but there are plenty of attractions that draw visitors to it. Nestled at the foot of the Blue Ridge Mountains on the North Carolina-Virginia border, Mount Airy has that charming small-town feel to it. The locals have embraced the town’s history and have kept many iconic parts of the show alive for visitors to experience.

Today we are featuring Opie’s Candy Store in #downtownmountairy! They are OPEN with customers limited to 5 at a time. Masks are encouraged and provided! Owners Freddie & Cathy ask that everyone use gloves when handling the lids and tongs to the candy jars! Gloves provided! Hours are 11-5 Monday -Thursday and 10-6 Friday and Saturday 12-4 Sunday. Can’t go in person? No problem! @opiescandystore has a great website with candy, gift baskets & more: https://www.opiescandystore.com Let’s all send SWEET support to Opie’s Candy Store today! #downtownmountairystrong #wereallinthistogether #allthecandy ???? First photo by Robbie Curlee. Others taken from Opie’s website ❤️

Andy Griffith’s childhood home is also nearby, called Andy’s Homeplace, a bed and breakfast owned and operated by the Hampton Inn of Mount Airy.

Overnight accommodations are available at the Mayberry Motor Inn, where guests can request the Aunt Bee room, furnished with items once owned by the late actress, Frances Bavier, who played the role of Aunt Bee.

Visitors can even take a Squad Car Tour in a replica of Deputy Barney Fife’s. Leaving from Wally’s Service Station, up to five people can climb in and get a unique look at the Mayberry sights.

Floyd’s City Barber Shop is still up and running although Russell Hiatt – the inspiration behind the Floyd the Barber character – passed away in 2016.

No visit to Mayberry would be complete without stopping to see the Andy Griffith Museum, which features hundreds of items from the career of the actor, producer, singer, and writer, all collected by his friend Emmett Forrest.

Check out the video below for a further look into the town of Mayberry.